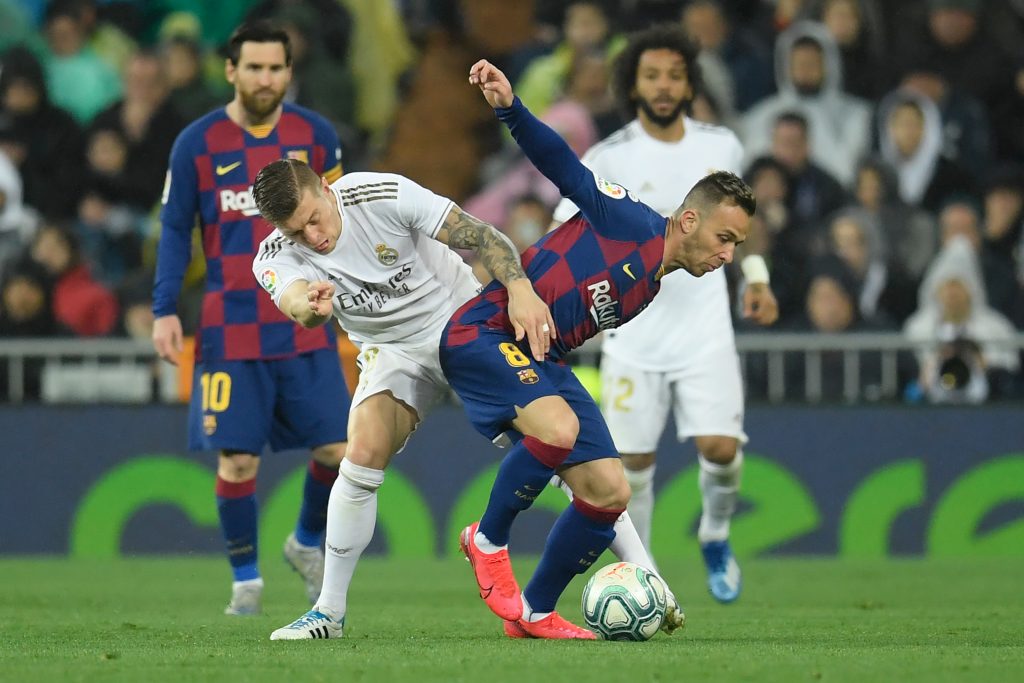 Liverpool will face Spanish giants Real Madrid in the Champions League quarter-finals after the draw was made in Nyon today.

Los Blancos midfielder Toni Kross has taken to Twitter to express his reaction after the draw was made.

The Reds secured a place in the Champions League last eight after beating RB Leipzig 4-0 on aggregate in the last 16.

The first leg will take place at the Estadio Alfredo Di Stefano on April 6/7, with the second at Anfield a week after on April 13/14.

The winners of the tie will face either Chelsea or Porto for a place in the final.

There’s a history between the two sides, with the memories of 2018 final in Kyiv still fresh.

It was a heartbreaking night for Liverpool as they lost the Champions League final against Madrid. Mohamed Salah was forced off after a horrendous tackle from Sergio Ramos before a calamitous performance from Lloris Karius.

Madrid find themselves third in the La Liga table this season, six points behind derby rivals Atletico. They are certainly beatable, and Liverpool will be looking for revenge.

In fact, it is a real bonus for Liverpool that they will avoid the likes of Manchester City, Bayern Munich or Paris Saint-Germain if they make progress.

The final is due to take place in Istanbul on May 29.

In other news, check out the full Champions League draw.