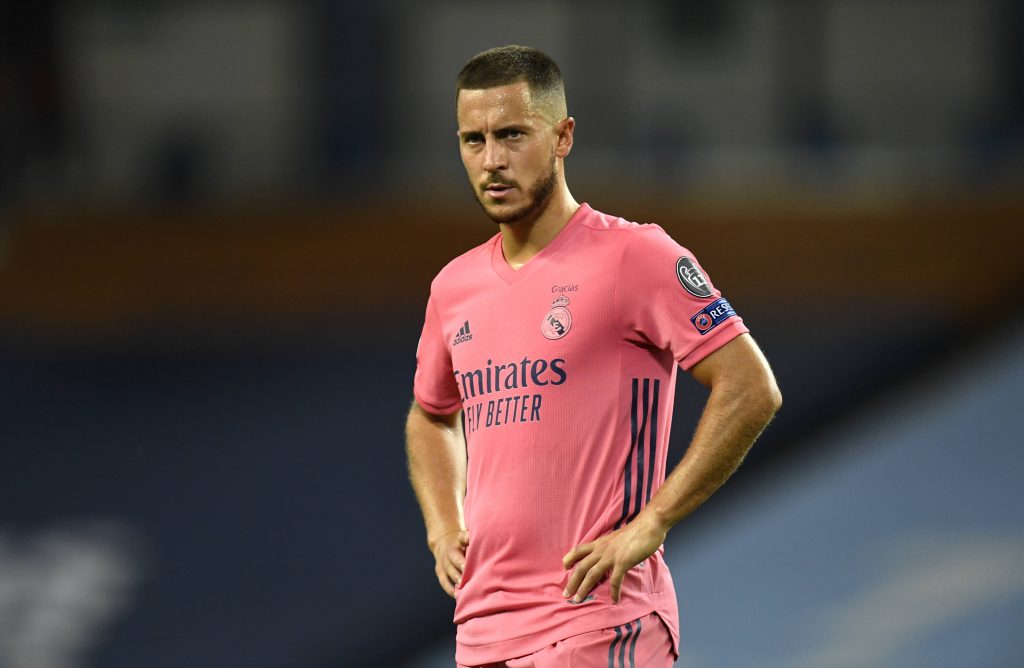 Chelsea manager Thomas Tuchel has hailed Real Madrid attacker Eden Hazard as a ‘top-quality player’, and believes he will be looking to make a point against his former employers.

Hazard is widely regarded as one of the Blues’ modern greats, having registered 110 goals and 92 assists from 352 appearances for the club between 2012 and 2019.

He made the switch to Real Madrid with the blessing of the Blues’ hierarchy, but the move has proved unsuccessful to date due to multiple injuries.

Hazard has made just 37 appearances since joining in June 2019, but he will be aiming to end the current campaign without any more setbacks.

The 30-year-old recently returned from a muscle injury to play 13 minutes in the goalless draw against Real Betis, and Tuchel is aware of the Belgian’s quality.

The Blues are scheduled to face Real Madrid on the road in the first leg of their Champions League semi-final tie on Tuesday night.

Ahead of the game, Tuchel talked up Hazard’s ability and his track record for the Blues. He added that the Belgian will want to prove a point tomorrow.

He said: “Well, Eden is a top-quality player. He was the key player here for many, many years in this club and this league – which is one of the hardest in the world and a tough one if you decide matches so consistently like Eden did for this club here.”

“Now he plays for Real Madrid, and obviously he’s fit and he had a comeback in the last game for some minutes to be ready tomorrow.

“If he plays, I’m pretty sure he wants to make a point and wants to prove [something]. Let’s see.”

Hazard’s career with Los Blancos have never kicked off with his regular injuries, and he has played just 659 minutes of first-team football this term.

He has just returned after recovering from a hamstring problem, and manager Zinedine Zidane could be wary of starting him tomorrow.

The Belgian will still want to make an impact in the Champions League tie, and he will be hoping to feature off the bench against his former club.

He has looked far from his old self, but could yet play a key role for Los Blancos, who have the chance to win a La Liga and Champions League double.