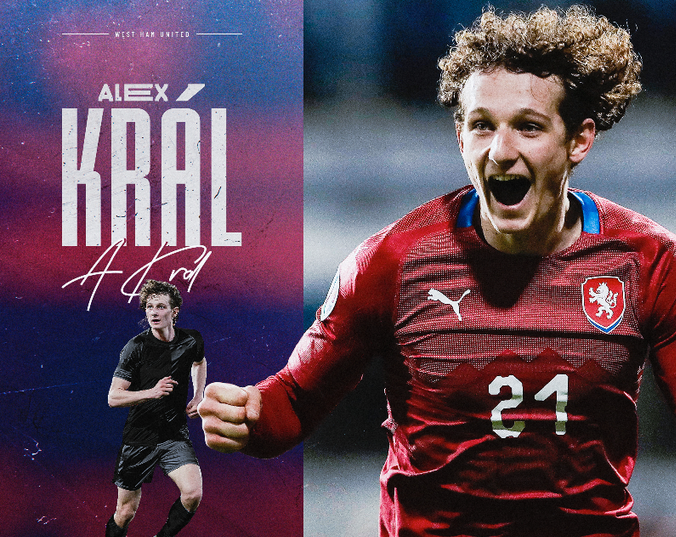 West Ham United have confirmed their second signing of the day, and that pretty much ends their business for the summer.

The Hammers have confirmed the signing of Spartak Moscow midfielder Alex Kral late in the day.

They set the wheels in motion earlier today and wrapped up the deal before tonight’s deadline.

The 23-year-old defensive midfielder will join on an initial loan, with West Ham having an option to buy at the end of the season.

Kral was part of the Czech Republic’s squad for the European Championships alongside West Ham’s Tomas Soucek and Vladimir Coufal.

Soucek took to social networking site Twitter to send a brilliant message to Kral, suggesting he acted as an agent on his behalf to take him to the London club.

Kral is a dynamic midfielder who has already made nearly 150 senior club appearances and earned over 20 caps for his country.

This has been a fantastic summer transfer window for the Hammers. David Moyes has added quality players in the form of Alphonse Areola, Kurt Zouma and Nikola Vlasic.

West Ham have been linked with a host of defenders and strikers, as these were the two areas the club needed to bolster.

The fans will ultimately be pleased with the players the club have brought in.

West Ham also attempted to sign Jesse Lingard, but they ran out of funds to sign the Manchester United midfielder.

He impressed heavily on loan last season, scoring nine Premier League goals, but will be staying at Old Trafford.