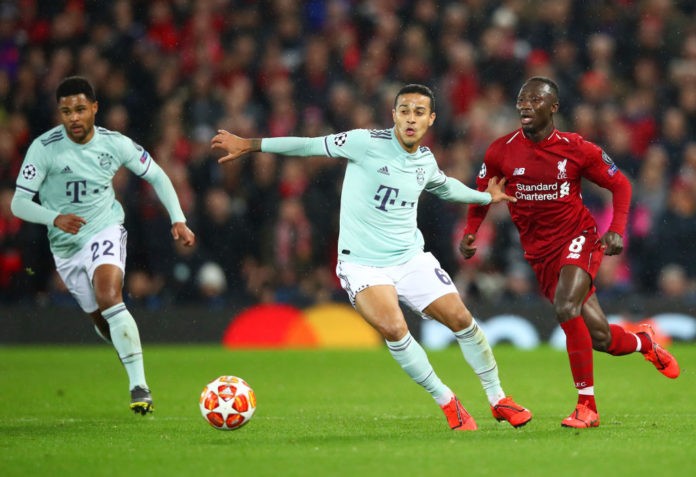 Thiago Alcantara is ready to leave Bayern Munich with one year left on his contract.

Sources at Bild believe the midfielder has broken off talks and wants to play in England, with Liverpool a potential destination.

A fee in the region of 43 million euros would need to agreed for one Bayern’s of star players.

In May, the midfielder entered contract negotiations to stay at the Allianz Arena so the new stance will surprise many.

As reported, Liverpool have options in central midfield with Fabinho, Jordan Henderson, Alex Oxlade-Chamberlain, James Milner, and Naby Keita but a move for Thiago would bring much-needed composure to the side.

Reds manager Jurgen Klopp is not afraid to spend big money on the right players and a move for the Spain international would fit their profile.

Liverpool secured their first-ever Premiership title on Thursday evening and did so without kicking a ball.

Man City were beaten 2-1 by Chelsea, handing the Reds their first league championship in 30 years.

“It is an incredible achievement from my players… and pure joy for me to coach them” he added.