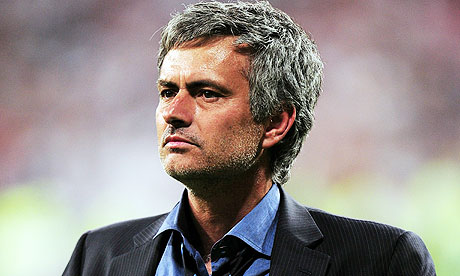 On 28th May 2010, it was confirmed Jose Mourinho would be taking over from Manuel Pellegrini at Real Madrid. ‘The Special One’ arrived at the Bernabau with a huge task on his hands. Since 2008, Barcelona had become the dominant force in Spanish football; it was his job to change this.

Before joining Los Blancos, Mourinho had already enjoyed an extremely successful managerial career. Having won the Portuguese Liga, Portuguese Cup, Portuguese Super Cup, UEFA Cup and the Champions League with Porto. As well as, the FA Premier League, League Cup, FA Community Shield and the FA Cup with Chelsea. He then went on to win the Treble with Inter. Clearly he had a lot to live up to as he took the new job in Spain.

Mourinho acted quickly to improve the squad, signing 4 new players Mesut Ozil, Sami Khedira, Ricardo Carvalho and Angel Di Maria, following the 2010 World Cup. His first season at Madrid had a poor return as far success in competition is concerned. Domestically, his side fell short of Barcelona by 4 points in the league. However, a win in the Copa Del Ray final, after a 1-0 win against Guardiola’s side, gave Mourinho his first trophy in Spanish football and ended Madrid’s 18 year-long cup drought. On top of this, they suffered a cruel defeat to their domestic rivals in a Champions League semi-final full of controversy.  The domestic cup win was probably the biggest highlight in a year full of transition for Los Blancos. Clearly Barcelona still held the monopoly when comparing the strength of the two sides, but the 2011-12 season has seen a dramatic shift in power.

When Mourinho was appointed manager of Madrid he stated that his teams always improve in his second season. It appears he was right. Over time his team has had a chance to gel. This, plus a few new signings has given Madrid the strength and confidence they had previously been lacking.

This season, Real Madrid are currently run away leaders of La Liga, having beaten Barcelona at the Nou Camp last weekend. Although, they were defeated by Barca in the Copa Del Rey quarter final, the priority for Mourinho is clearly the league. Arguably, Cristiano Ronaldo has been the key to Madrid’s good fortune. Having passed 100 goals in just 3 seasons for the club, the midfielder has carried his team in games when they have struggled to perform.

This has been a record breaking season for Madrid, in a roller-coaster year for the club. Many, including myself, would argue that they now have the upper hand over their Catalan rivals. Success domestically this season has proved this. When looking at the numbers, one would almost instantly conclude that no team in La Liga history is better than Real Madrid.

In addition to this, Mourinho’s side looked on course for European success following Barca’s defeat to Chelsea on Tuesday night. However, Madrid lost to Bayern Munich at the Bernabeu yesterday evening, in a closely fought match. Before the game, the papers were flooded with speculation regarding the Portuguese manager’s future at the club. Many suggested failure to reach the Champions League final in May would result in Mourinho leaving the Spanish giants.

The only question that remains this season: Will Jose stay at Madrid? He’s always hinted at a move back to England, perhaps a return to Chelsea or as a potential replacement for Sir Alex Ferguson at United. Being such a prolific manager, he must feel he has unfinished business at his current club. Madrid still have much more to play for domestically if they are to steal Barca’s crown permanently. Plus, I’m sure he will look to improve on his teams’ failure to progress past the semi-final stage of the Champions League, for the past two seasons.

Mourinho still has a lot to do if Real Madrid plan to re-establish themselves as the most successful club in football. It would be a perfect way for the current manager to complete his legacy. Although in the future I would love to see him return to the Premier League, preferably as Man United manager. Regardless, wherever he ends up, it’s clear to see, he has enormous amounts to offer.