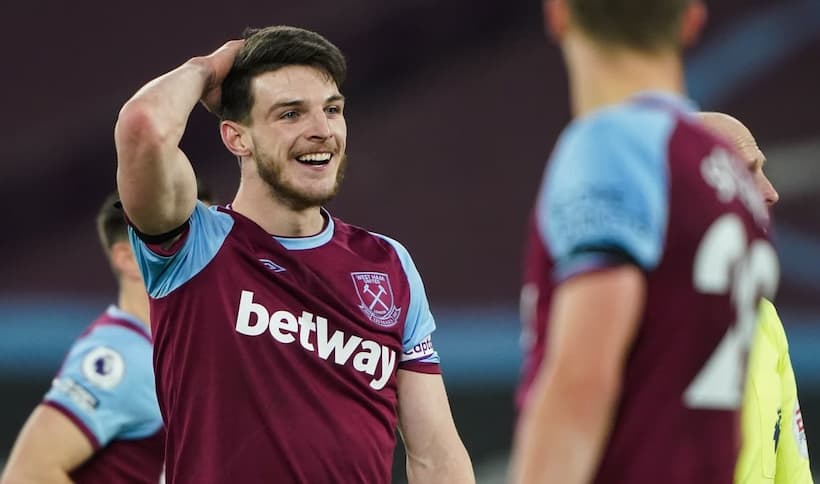 Manchester United have been heavily linked with a move for the West Ham United midfielder Declan Rice but the Red Devils will have to break their transfer record in order to land him this summer.

According to a report via the Sun, the England international is valued at £120 million and it remains to be seen whether his suitors are willing to cough up that kind of money for his services.

Rice has undoubtedly established himself as one of the best defensive midfielders around Europe right now but he is yet to prove himself in the Champions League.

The reported £120 million asking price might be too steep for the midfielder’s suitors and it remains to be seen how the situation develops over the next few months.

Meanwhile, the Red Devils are keeping tabs on the RB Leipzig attacker Christopher Nkunku as well.

The Frenchman has been in spectacular form this season and he has scored 22 goals and picked up 13 assists across all competitions.

The Bundesliga attacker has the potential to develop into a top-class player and a move to Manchester United could be the ideal step up in his career right now.

Manchester United need to improve their attacking options in the summer and the RB Leipzig star could be a quality long term acquisition.

The likes of Edinson Cavani and Anthony Martial could leave the club permanently in the summer and the Red Devils will have to invest in a quality new attacker.

The Frenchman will not only add goals to the Manchester United attack, his flair and creativity could be very useful for the Red Devils as well.

A report from Bild claims that the Frenchman is valued at around €75 million and it will be interesting to see if Manchester United are willing to shell out that kind of money for him.