The Reason Behind England’s ‘Failures’ Since 1966

England won the World Cup in 1966, but since then, they have not even come close to winning again, neither the World Cup nor the European Championship. It seems that the development of English players has suffered at the hands of foreigners, who, at the same time, have made the English league the most cherished in the world. It is an unsolveable paradox, and they may have to wait a long time before winning a major trophy again.

As early as the 1970’s foreign players started moving into English club football. The Liverpool team that won the double in 1986 did not have a single English player in the team that started at Stamford Bridge on the day they won the championship. They had all sorts of other Brits and a few “real” foreigners. Today the agony of the situation has worsened to an extend that threatens the future of the England national side. The starting disease of foreigners from the 1970’s and 1980’s proved airborne and has now developed into a horrific virus that people seem to neglect, because they are wildly entertained by foreign skills today.

English clubs are allowed to sign players on scholarships at the age of 16. Or more precisely, clubs are allowed to offer these scholarships to players at the age of 14, but the scholarships may not commence earlier “than the last friday in June in the academic year in which they will reach the age of 16” (from the FA’s homepage: Rules of Association (PDF)). This basically means the clubs can “steal” foreign players, since in some other countries, these contracts may not be signed at such a young age. Players such as Cesc Fabregas (Arsenal), Gerard Pique (Manchester United), Dani Pacheco (Liverpool) are all examples of this. At the age of 16 or 17 foreign players, and in particular from southern Europe, will often have much more developed technical abilities, which means, they will be preferred over english players.

This is generally the case in English clubs with South European managers, such as Liverpool (Rafael Benitez, Spain), Arsenal (Arsene Wenger, France) and Chelsea (until recently Jose Mourinho, Portugal). These types of managers prefer technically and tactically strong players from their own countries over the English die-hard type of players that are produced from the English footballing education, because, naturally, the smaller clubs have English coaches for their young players. Another problem linked with the English way of coaching is that the typical style English football player is not suited for foreign leagues.

There is hardly an English player in any of the other top leagues in the world. This means that whenever the young talents are benched at the big clubs in England (basically all clubs in the Premier League), they will retry in the Championship in stead of moving abroad, because they do not know any other way of playing the game. 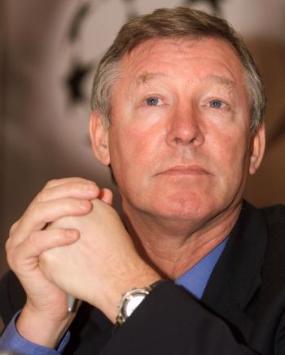 Arsenal have no English players in their preferred starting line-up, and both Chelsea and Liverpool have very few. Manchester United are the only club from the so-called top 4 that genuinely respects English talent, and they have a british manager that values british (and thereby also english) talent. Sir Alex Ferguson has previously backed a possible quotas on foreign players, when he in 2000 said that “I’d like to know what they propose before I commit myself to something that would be very influential in our game at the moment, but it certainly does warrant and merit great consideration” (from this BBC article).

While Sir Alex Ferguson does breed English talent, this summer he brought in Carlos Tevez (Argentina), Nani (Portugal) and Anderson (Brazil), so even he exploits the rules. You might call in a necessary evil, since any club aspiring to any sort of title has to buy foreign players to challenge for these, because that is what all the other clubs do.

The problem has further evoled into a situation, where major English talents are far apart, and therefore they are much more expensive than foreign talent of the same caliber. Naturally, a lot of clubs prefer 3 foreign talents for the price of 1 English, and so it has become a self-perpetuating process, where English talent is further and further apart.

But the problem does not stop with foreign coaches in England. A fairly new tendency is wealthy investors buying their way into clubs. Chelsea were the first, but since then Manchester United, Liverpool, Manchester City and others have followed. These investors throw excessive amounts of money into their clubs, and so they cannot wait 4 years for a possible English talent to show his worth. In stead they spend their money on established foreign players, whom they lure to their clubs with massive salaries and sign-on fees. To mention some of these players:

It is a gathering of many of the best players in the world in one league, and it seems to continue in years to come.

Another aspect of bringing in these major foreign names is merchandise sales. Players bought for obscene amounts of money will automatically attract more attention and therefore sell more shirts, cup holders, mouse pads, car stickers and so on. Football has become a business, and the English Premier League is the pot of gold at the end of the rainbow for businessmen around the world. It’s all about fast success and immediate impact, and there is no time to hatch possible star players, when you can get guaranteed quality by spending big (except from Ballack and Shevchenko of course).

To any future coach of the English national team, these must all be worrying themes, and it seems that new regulations must be forced upon the clubs. Solutions could be a maximum number of foreigners (non-brits perhaps) per starting lineup, a cutdown in salaries or ensuring that youth academies are filled up with English players and not Spanish or African. But these restrictions face another problem: money. Money tend to rule in today’s football, and where there is money to be made, restrictions that will be a hindrance to the making of the same money will be difficult to implement. All the above proposed sollutions will make English club football less attractive, and so there is less money to be made from the brand that is The English Premier League.

For the English national team, the future looks bleak, since the needed talents are not developing, and it might take a long time, before we will see them celebrating like back in 1966. For us fans, we may have to get used to the look on this young boy’s face.