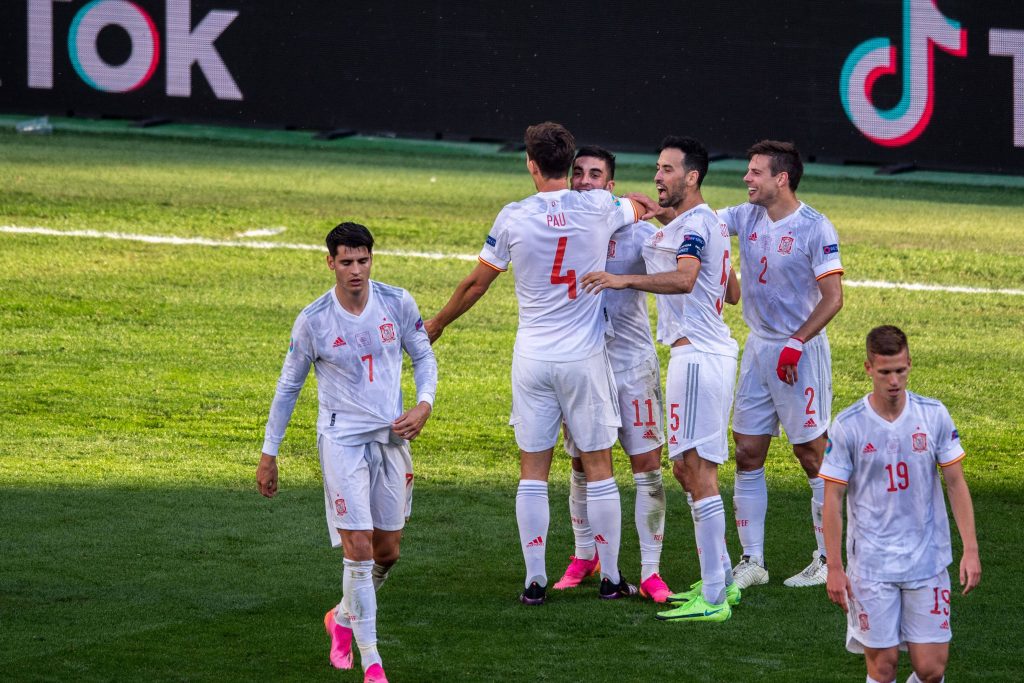 Switzerland staged the biggest upset of the tournament thus far, coming back from a 3-1 deficit to send France packing via penalties in the last-16.

Spain picked themselves up from Unai Simon’s epic blunder to drop the 2018 World Cup runners-up from the competition in an eight-goal thriller (5-3) in Copenhagen last time out.

Switzerland have advanced to the quarter-finals for the first time in five Euro appearances thanks to a nail-biting penalty shoot-out win over reigning champions France on Monday.

It took the Swiss a huge amount of self-confidence and mental fortitude to bridge a two-goal deficit inside the last ten minutes at the Arena Nationala.

They have now scored three goals apiece in their last two Euro matches, just one less than they managed in their previous seven in the competition combined.

In fact, the Nati had failed to score more than twice in their first 15 fixtures at the European Championships before putting three against Turkey in the final group stage game.

Xherdan Shaqiri and co will now try to net 3+ goals in three consecutive outings in all competitions for the first time since October 2017.

Despite failing to make a goal contribution against Les Bleus, the Liverpool forward remains his side’s most prolific player alongside the Bucharest hero Haris Seferovic.

The experienced Benfica striker could become only the second Swiss play to find the net in three successive matches at a major tournament, with the last player to achieve that feat was Josef Hugi in the 1954 World Cup.

Arsenal midfielder Granit Xhaka was an absolute beast against France last time out, winning almost every battle with N’Golo Kante and delivering a killer pass to Mario Gavranovic’s 90th-minute equaliser.

Switzerland will need their captain to replicate his performance to stand a chance against Spain’s all-star midfield trio consisting of Sergio Busquets, Koke and Pedri.

Back-to-back draws with Sweden and Poland now look like a distant memory, with Spain bagging 3+ goals in their last two Euro matches to send a warning message to other title contenders.

After dismantling Slovakia 5-0 on Matchday, Luis Enrique’s side put three goals past Croatia in the last-16 but had to battle their way into the quarter-finals through extra-time.

Curiously, the Spaniards had failed to score more than four goals in any of their first 42 fixtures at the European Championships before the Euro 2020 final group stage match.

In reflection of their ‘tiki-taka’ philosophy, Spain boast a tournament-highest average of 73.4% possession accompanied by an intimidating passing accuracy of 89.5%.

Sergio Busquets’ return to the fold has helped Spain consolidate their passing and distribute the ball all over the pitch with high precision and intelligence.

Manchester City forward Ferran Torres has been instrumental to Enrique’s set-up in recent times, racking up seven goals and an assist in his last nine appearances for the national team.

If he finds the net against Switzerland, the Premier League star will become the first Spanish player to score in three straight Euro matches.

Despite scoring a decisive extra-time goal against Croatia in the round of 16, Juventus striker Alvaro Morata has struggled with the conversion rate at Euro 2020 so far.

The 28-year-old has produced more shots (15) than any other Spanish player, converting just two of those attempts (13.33%).

Each of the last three meetings between Switzerland and Spain within major tournaments has taken place at the World Cups.

After winning their first two such encounters in 1966 and 1994, the Spaniards lost the most recent one in 2010, with Shaqiri only player among the current Swiss squad to make the cut in South Africa.

Except for that loss 11 years ago, La Furia Roja have not lost any of their remaining 21 games against Switzerland across all competitions (W16, D5).