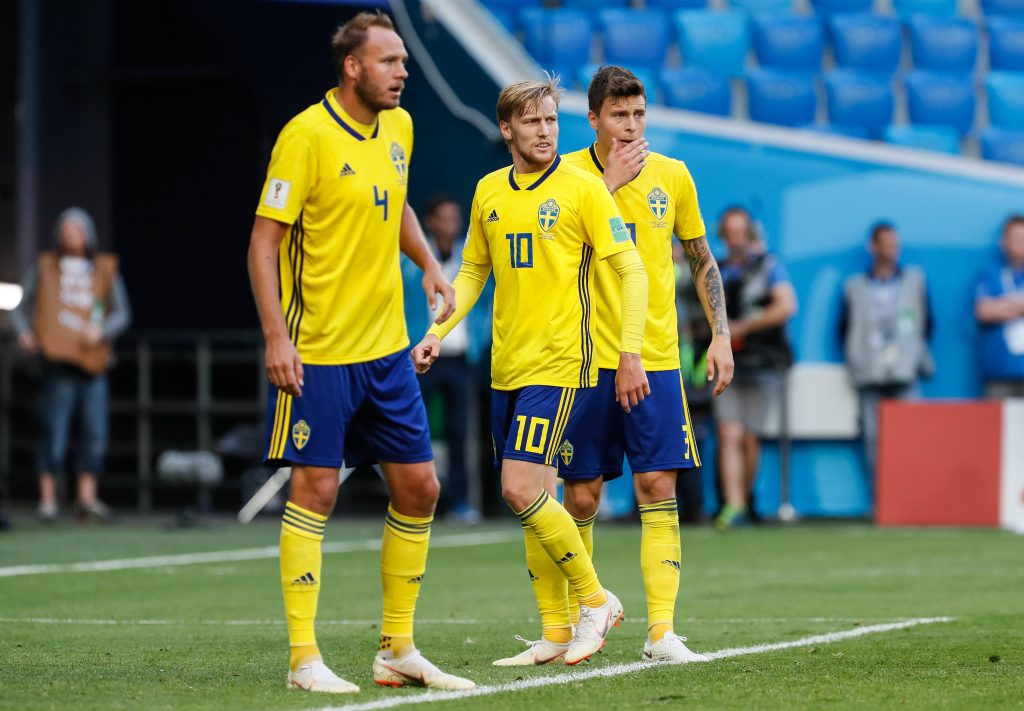 Euro 2020 round of 16 is drawing to a close as Sweden and Ukraine battle it out for the last place in the quarter-finals at Hampden Park on Tuesday night.

The Swedes have reached at least the quarter-finals in their only previous knockout appearances at the European Championships, bowing out to the Netherlands in the last-eight back in 2004.

Meanwhile, this will be Ukraine’s first Euro knockout phase appearance as an independent country.

Viktor Claesson’s 94th-minute winner against Poland was enough for Sweden to not only prevail in a five-goal epic on Matchday 3 but also finish top of Group E without a single loss (W2, D1).

After being held to a goalless draw to Spain in their Euro 2020 opener, the Swedish side beat Slovakia 1-0 in the second round of group stage fixtures, courtesy of Emil Forsberg’s 77th-minute penalty.

Janne Andersson’s men go into this clash unbeaten in eight internationals on the spin (W7, D1), a sequence that saw them keep a clean sheet six times, including two in the Euro 2020 group phase.

Indeed, Sweden have been a water-tight defensive unit of late, conceding an average of just 0.36 goals across their last eight outings, friendlies included.

Manchester United defender Victor Lindelof has been the pillar of Sweden’s rock-solid backline at the tournament so far, helping his team avoid defeat in all three group stage matches that saw them average just a 29.6% possession rate.

However, the Swedes have excelled in capitalising on their rare scoring opportunities, boasting the second-highest conversion ratio of 44%.

Sweden scored four goals from just nine attempts on target in the group phase, with RB Leipzig’s Forsberg registering 75% of those strikes.

Despite losing two of their three fixtures in Group C, Ukraine have squeaked through as the fourth ‘third-best’ side on goal difference.

Before going down 1-0 to Austria on Matchday 3, the Ukrainians had scored precisely twice per game in their previous two group stage games against the Netherlands (2-3) and North Macedonia (2-1).

Ukraine’s Matchday 2 win over the Macedonians is their solitary win in eight matches at the European Championships, with the remaining seven all yielding a loss.

Andriy Shevchenko will have to shore up his team’s defensive leaks if they are to progress to the quarter-finals in their debut knockout appearance at the Euro finals as a sovereign state.

The Ukrainians have conceded at least once in ten of their last 12 internationals, including all three group stage fixtures at Euro 2020, with four of their five goals shipped at the tournament coming beyond half-time.

West Ham United winger Andriy Yarmolenko has carried his team to the round of 16 with a series of eye-catching performances.

The 31-year-old has had a hand in three of Ukraine’s four goals at Euro 2020 so far, netting twice and assisting once.

His attacking companion Roman Yaremchuk has scored the other two goals as the Genk striker continues to draw attention from several Premier League sides.

The last encounter between Sweden and Ukraine was at Euro 2012, with current Zbirna boss Shevchenko scoring a quick-fire brace to overturn Zlatan Ibrahimovic’s opener in Ukraine’s 2-1 group stage win.

The Swedes lament a disappointing overall record against the Ukrainians, having returned just a single win from their previous four meetings with this opposition (D1, L2).

Also, Sweden have never scored more than once against Ukraine.