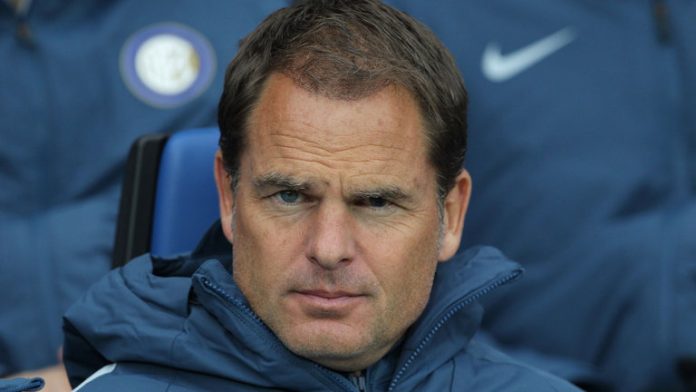 Swansea have spoken to Frank de Boer about possibly becoming their next manager.

The Swans are currently without a manager after Carlos Carvalhal left following the club’s relegation to the Championship.

The 48-year-old de Boer is now one of the managers who is in the running to take over the managerial position at the Liberty Stadium.

The Dutch great does not enjoy the best of reputations in England.

He was appointed as manager of Crystal Palace last summer, succeeding Sam Allardyce.

He lasted just ten weeks in the role as the Eagles went on to lose their first four Premier League games under him without scoring a single goal.

All in all, he only led the club to one win which came during a 2-1 EFL Cup Second Round win against Ipswich Town.

Under the guidance of de Boer, Palace looked as if they were destined for relegation. After his sacking however, the club appointed former England boss Roy Hodgson who inspired a remarkable turnaround.

Should de Boer get the job, he will have a difficult job on his hands to win over the trust of Swans fans. It is justifiable that most supporters will not trust him due to the dismal record which he had with Palace.