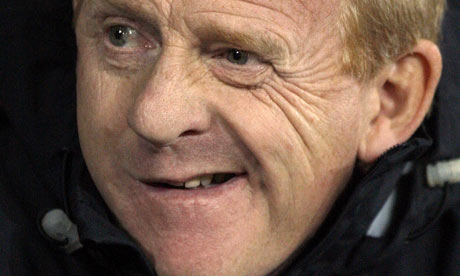 Gordon Strachan says Leigh Griffiths is “quirky” and a “first class” player, and doesn’t believe he withdrew himself from international duty as a response to Alex McLeish favouring Steven Naismith over him in attack. Strachan. The ex-Scotland boss, who has also managed Coventry City, Southampton, Celtic and Middlesbrough, believes the Celtic forward’s decision was genuinely to improve so he’s at a level where he can be an asset for his country.

Ahead of Scotland’s Nations League clash with Israel, Griffiths pulled out of the squad, citing a need to improve his fitness. McLeish had been utilising Naismith in attack and likely wouldn’t have started the Celtic man for the meeting, which many believed was why he withdrew himself in the first place. However, Strachan hailed his development over the years, admitting surprise that he’s progressed to this level, and believes Griffiths only wants to get better.

As per The Sun, the 61-year-old said: “Some people have suggested that Leigh Griffiths’ decision to pull out of the Scotland squad was some kind of sulk about not being picked in the previous matches. But the person I dealt with and know? I can’t see it, I really can’t.

“Yes, he’s a quirky character, but he was never a problem at any time. Not one problem whatsoever. When he was on the training field, he was first class, and great company. Five years ago, I didn’t think he’d get to the standard he is now.

“So that improvement is a credit to Griff – there’s something in him that makes him want to get better, and this is another example of that. You have to take people at their word.”

Griffiths has scored four goals in 19 appearances for the Scotland national team, with his last goal coming 12 months ago. The 28-year-old scored just one Premiership goal in eight games for Celtic this season. For Scotland, Griffiths played under Strachan between 2013-2017, making 16 caps.