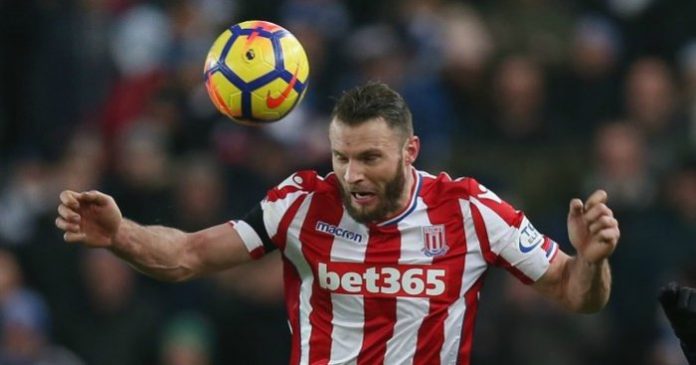 According to reports from The Chronicle, Stoke City defender Erik Pieters is open to join Newcastle United during the January transfer window.

The Magpies were reportedly keen to sign him in the summer, and the report claims that the 30-year-old could be an option for them in January.

The Dutchman could be the exact type of player Newcastle need at the moment.

The Magpies are looking to sign a left-back in the upcoming transfer window due to the injury suffered by Paul Dummett while playing for Wales.

Newcastle are looking to reignite their interest in Paris St-Germain’s Stanley N’Soki, but Pieters remains an option for them. However, Rafael Benitez could struggle to convince his board to make a move for the experienced left-back.

Pieters joined Stoke City in the summer of 2013 from PSV Eindhoven for a transfer fee reported by BBC Sport to be worth £3 million.

He is a key player for Stoke City, but the lure of playing in the Premier League could be equally tempting for him. He would be a brilliant signing for the Magpies.