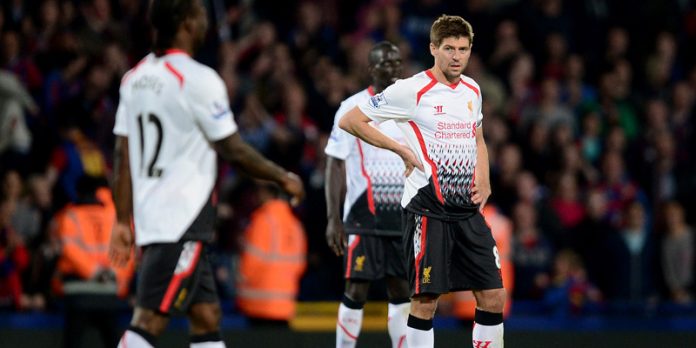 Steven Gerrard has revealed his slip during Liverpool’s 2-0 defeat at the hands of Chelsea will not have any impact on his performance for England during the 2014 FIFA World Cup.

The 33-year-old slipped in the first half during the league fixture between the Merseyside club and the Blues, which helped Demba Ba put the ball past the Reds keeper Simon Mignolet. The incident saw Brendan Rodgers’ side suffer a defeat, which saw Liverpool lose the grip in the title race.

That incident gave Manchester City a much needed advantage as the Citizens eventually went on to win the Premier League.

Gerrard has been picked up by Roy Hodgson for the national squad for the summer event and Liverpool star will lead the Three Lions for the World Cup in Brazil. The England international believes he is over that incident against Chelsea and he remains fully focused with the national side.

“I know everyone wants to know what frame of mind I am in because of the slip that happened to me against Chelsea but I am over it, it has gone, I can’t change it,” Gerrard said.

“Of course I was disappointed in it from a personal point of view and the title slipping away from Liverpool with three games to go was a blow.”

“But you’ve also got to look at all the positives as well, having Champions League football back, finishing second in what is the most difficult league in the world.”

“I can’t just focus on one mistake I made over 38 games. I am in a good frame of mind, I am excited and I can’t wait to get started.”

“I am good, I am excited, I am really looking forward to it. Both for club and country I am in good form and I am excited like everyone else,” the England midfielder stressed.