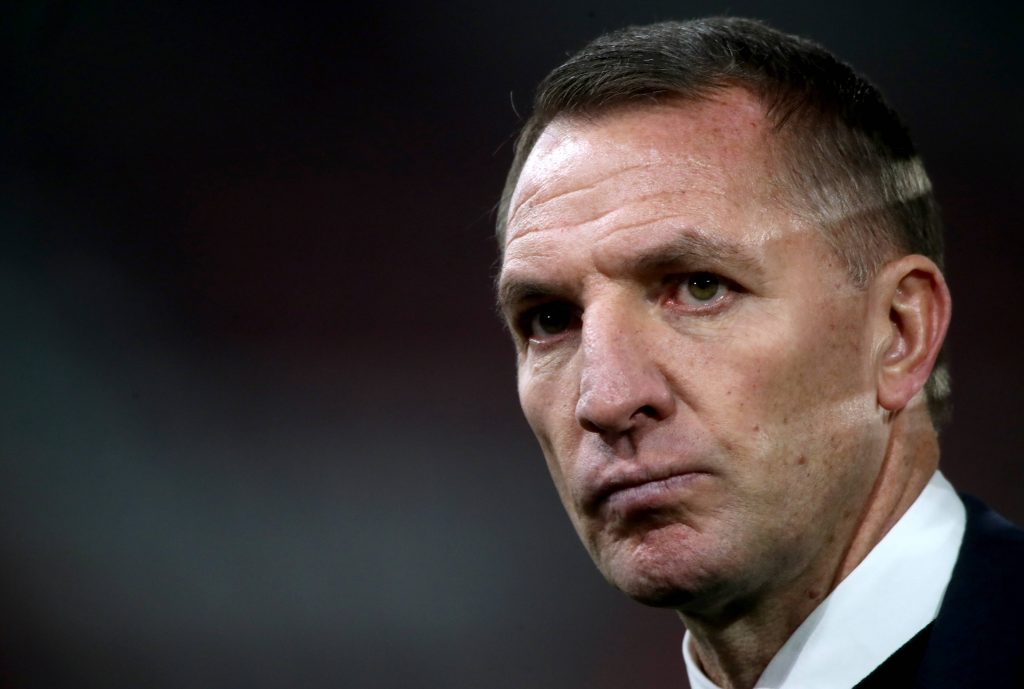 Brendan Rodgers has played down speculation that he will replace Jose Mourinho at Tottenham Hotspur.

Mourinho was suddenly dismissed as Tottenham boss on Monday morning, just a few days before the club’s Carabao Cup final against Manchester City.

Reports insisted that this was due to reasons on the pitch and not linked to the European Super League announcement.

RB Leipzig boss Julian Nagelsmann has been heavily linked with the job, as well as Leicester City’s Brendan Rodgers. For now, former player Ryan Mason will take charge on an interim basis.

Rodgers has responded to the rumours linking him to the North Londoners, insisting that he is happy at Leicester.

Speaking in a press conference ahead of his side’s clash against West Bromwich Albion, as quoted by Football365, Rodgers said: “It’s football, there is always speculation around, every job which comes up there will always be different managers speculated to go in.

“Tottenham is a fantastic club, it’s a huge club but my focus is here. I’m at a world-class training facility, the project we’re in here we still want to develop and have a lot of work to do. I have a great connection with the players, the board, and we have plans to keep progressing.

“While I have the energy, the happiness and see that challenge continuing – I’m very happy to be here. You can’t stop gossip but I don’t think about it.”

The Northern Irishman has done a fine job at the King Power Stadium since taking over from Claude Puel in 2019.

In his first full season at the club, he helped the Foxes to fifth place, although they were comfortably in the Champions League spots at one point.

This season, they have continued to progress and currently sit in third place. In addition, they reached the FA Cup final over the weekend, defeating Southampton.

Rodgers will be focused on their upcoming Wembley meeting with Chelsea, as well as their remaining seven Premier League fixtures in the hunt for Champions League football next season.

Read also: Tottenham Hotspur want Julian Nagelsmann as their next manager and could appoint him this season.