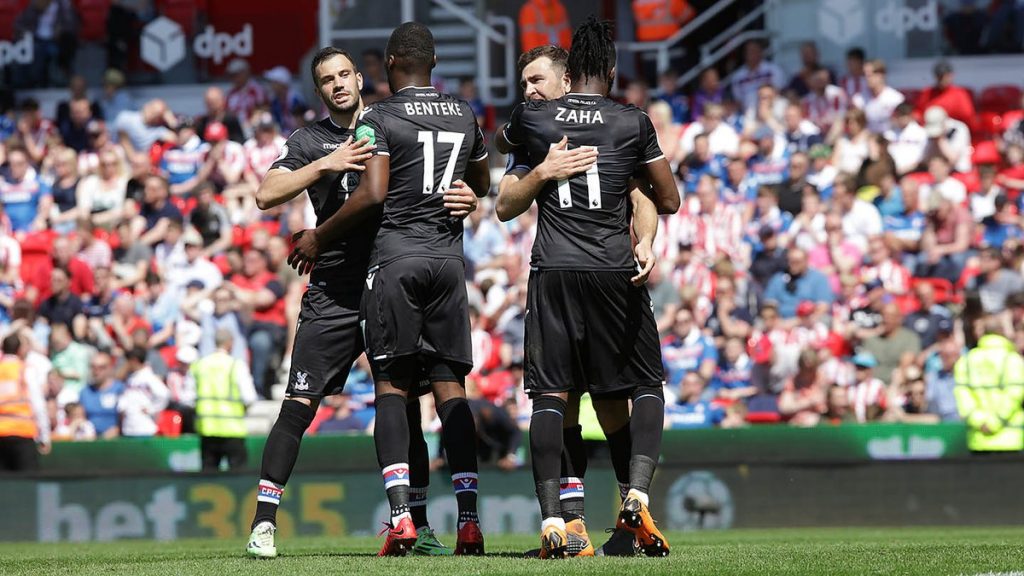 The defeat meant Stoke City’s 10-year stay in the Premier League had come to an end and they were relegated to the Championship.

After the match, Crystal Palace CEO, Steve Parish took to social networking site Twitter, to express his reaction. He hailed the victory as a “great win”, and felt sorry for Stoke City.

6th Year in the PL secured and a great win. Feel for @stokecity a fantastic… https://t.co/dGrYzW9mVP

Parish was involved in a tweet-exchange with Arsenal legend Ian Wright soon after. The legendary Gunner striker has praised him for taking tough decisions to ensure Palace’s Premier League safety.

The Palace CEO thanked Wright for being so supportive especially in difficult moments. He tweeted:

Thanks Wrighty especially for your support in the difficult moments, having you and Big’un on my side means a lot. But then, to be fair it is your fault I’m here in the first place! ❤❤❤❤????? https://t.co/BcBirlGxho

Would just like to take this time say to @CEO4TAG well done! Made some tough decisions to ensure CPFC’s premier league status. Knowing your love for the club, hats tipped. ????????????

Stoke City took the lead in the 43rd minute through Xherdan Shaqiri. However, Palace came back strongly into the game and got the equaliser through James McArthur.

Crystal Palace fans also responded in the tweet exchange between Parish and Wright. Here are some of the selected tweets:

Want to add my congratulations and thanks. Keep driving the “car”

@IanWright0 nice one Steve, always so passionate about your people, businesses and club. Don’t want to buy Norwich??

Cracking season eventually Steve, something great is on the horizon. Great work again. ????

Yes…Great decisive and brave decision to sack De Boer so early and appoint ‘safe pair of hands’ Hodgson. But I still wonder… what were you thinking when you appointed Alan Pardew?