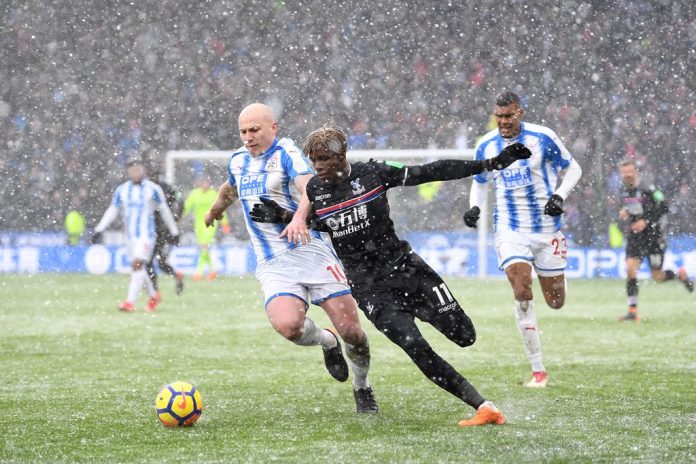 Crystal Palace move out of the relegation zone after winning 2-0 against Huddersfield Town at John Smith’s Stadium on Saturday.

It was Roy Hodgson’s side first win in eight games and the manager has described the win as “vitally important” as they aim to secure Premier League safety.

After the match, Palace chairman Steve Parish took to social networking site Twitter to express his reaction. He tweeted:

Great win in difficult conditions. Not sure when we will get home but we don’t care tonight!… https://t.co/fQqRC5qR4T

Palace moved two places up to 16th, two points above the relegation zone, but have played a game more than both Southampton and West Ham.

The Eagles were winless in their previous seven league games and their victory on Saturday was built on strong performances from Mamadou Sakho’s leadership at the back and Wilfried Zaha’s overall outstanding display.

Palace opened the scoring through James Tomkins who scored from close range after Huddersfield failed to deal with Luka Milivojevic’s corner.

Milivojevic struck his eighth of the campaign when he scored from the spot in the 68th minute. Palace had only 45% possession but they registered 17 attempts on goal.

Absolutely brilliant performance, Steve. All the players put in a great shift. Just need to keep this up. Every game is a cup final till the end of the season. COYP!!

What a performance. keep the good work up steve and ignore the negative comments

Savour every minute of the long journey home, the travelling fans, the team, the staff, the management did #cpfc proud today. #inittogether

Well done to all of you. Fantastic result and let’s kick on from here now ?????

Great performance from the boys in really tough conditions. Nice to see some of the injured soldiers back