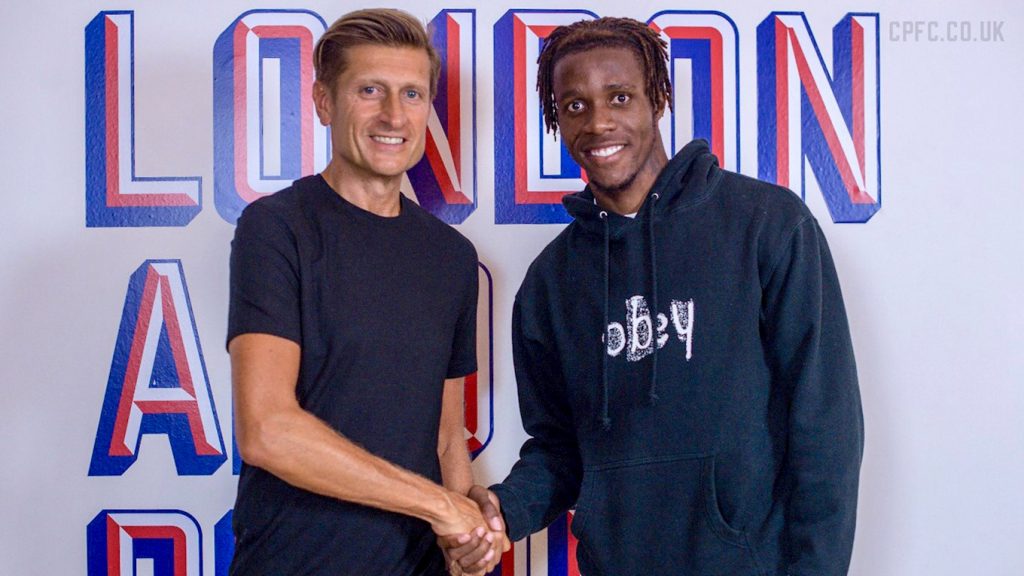 Crystal Palace chairman Steve Parish has taken to social networking site Twitter to express his delight after star winger Wilfried Zaha has committed his future at the London club.

The 25-year-old is undoubtedly the most valuable player in the Palace squad, and the club has done well to get him to sign a new five year contract that will keep him at the club till 2023.

Parish has expressed his joy by posting a message on Twitter, and Crystal Palace fans were quick to congratulate him, with many saying it was the best bit of business for the club.

The Ivory Coast international has been heavily linked with a move to Premier League rivals Tottenham and Chelsea this summer, but Palace did well to keep hold of their star player.

Well in. Best business this summer.

Wonderful news!!! Love both you guys!!!

Bets bit of business all summer ???

Zaha was superb last season for Palace, scoring nine goals and providing three assists in the Premier League. He helped the club stay well clear of the relegation zone despite losing their seven opening games in the league.

He has started the 2018-19 campaign on a positive note and scored on the opening day with Crystal Palace winning 2-0 against Fulham last week.