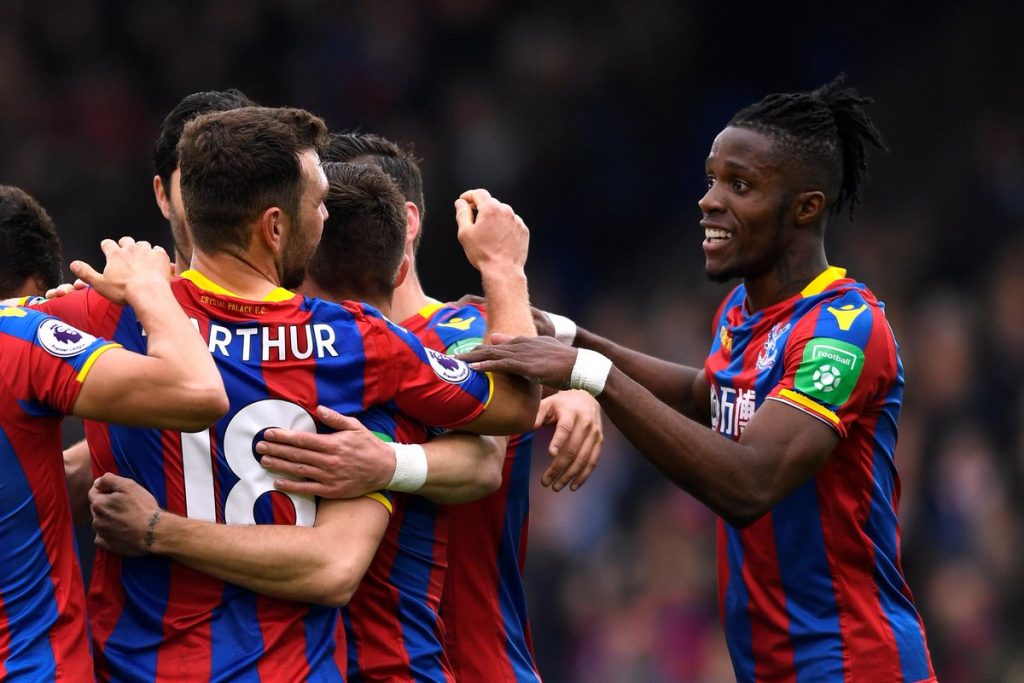 Crystal Palace have all but secured their Premier League fate after beating Leicester City 5-0 in the Premier League clash on Saturday at Selhurst Park.

A special day, pretty sure our biggest ever PL win! Brilliant support as always #cpfc❤? ?… https://t.co/0w31TPVEkf

It was a brilliant performance from the Eagles who took a healthy lead at the break after goals from Wilfried Zaha and James McArthur, both the goals coming from brilliant passing moves.

Leicester improved their game after the break but their hopes of a revival suffered a serious blow when Marc Albrighton was shown a straight red card for pulling Zaha down.

Ruben Loftus-Cheek and Patrick van Aanholt slotted goals past goalkeeper Ben Hamer to give the Eagles a 4-0 lead. Christian Benteke, who has been struggling to score all season, netted a 90th minute penalty to earn all three points for the home side.

Palace had registered 15 shots, of which they managed to keep nine on target. They have moved to 11th in the Premier League table with that win.

Here are some of the best reactions from the Palace fans:

If Roy wants RLC please get him in before the World Cup. Gonna shoot up in price when he starts bossing it for England! Thanks for listening ? #Cpfcfamily

Congratulations to you, the staff and the players. Really a special day. The bad moments this season outside of our control have been endured. The spirit in the club is amazing and that comes from the top down.

Dear Mr Parish. Please except my apologies. I was not a fan off the appointment of Roy and made my feelings clear. I was wrong and you were right for which I’m glad. ????

Please try and sign RLC. He’ll do Steve, he’ll do

It is Steve. Amazing day! Huge congrats to you, Roy, his coaching team, the players, us fans & everyone else connected with such a this fantastic football club of ours ?❤?