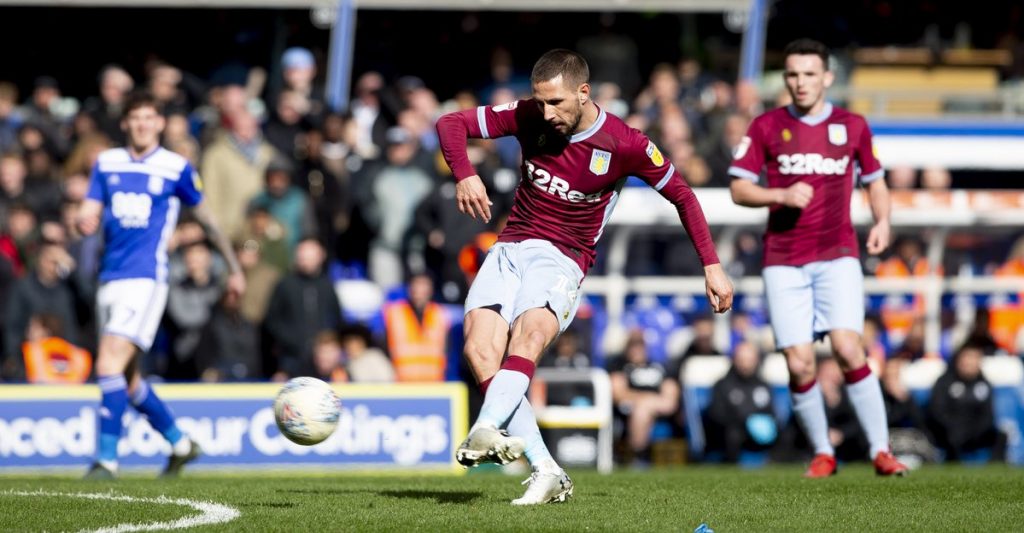 Aston Villa moved to ninth in the table after they earned a 1-0 victory against derby rivals Birmingham City in the Championship clash on Sunday.

Jack Grealish scored in the 67th minute to seal all three points for the Villans, but the game will be remembered not for the goal but for an attack on the 23-year-old by a spectator from the home section.

The City, is OURS.

UP THE FUCKING VILLA!!!

Villa could have won by a better margin but Conor Hourihane only managed to hit the bar from Grealish’s pass.

The Blues created some very good chances as well, and Craig Gardner could have become a hero on the day but he only managed to blaze over the bar from close range.

Villa managed 64% of possession, and had nine shots during the game. Villa fans will now be hoping that the team will keep the momentum going and push hard for a play-off spot.