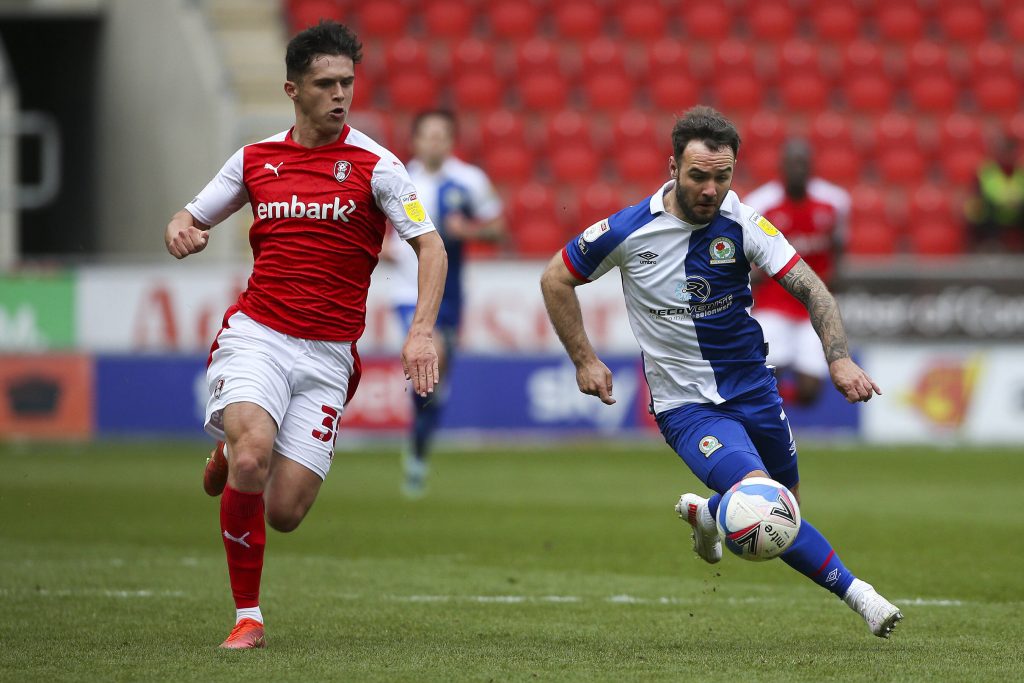 The 24-year-old had an impressive 2020/21 campaign with Rovers, registering a sublime tally of 29 goals and five assists from 43 appearances.

Despite his efforts, the club finished a disappointing 15th in the Championship, and he now appears set to pursue a fresh challenge elsewhere.

The striker has entered the final year of his contract, and Rovers seem prepared to sanction his sale than losing him on a free transfer next summer.

They owe Newcastle United 40 percent of a future sale fee, but it is reported that the Saints could still sign him for just over £10 million this summer.

Newly-promoted Norwich City have been heavily linked with Armstrong, but the Saints are confident of fending off the interest to land the marksman.

Blackburn owners Venky’s previously slapped a £25m price tag on Armstrong’s head, but they may have loosened their stance amid the contract situation.

Keeping Armstrong would boost Rovers’ promotion prospects next season. However, they wouldn’t want to keep a player who may be unsettled.

Armstrong has never got a regular break in the Premier League. He previously managed just 15 outings in the top-flight with the Magpies.

He will be desperate to prove himself, and the Saints, who are now an established Premier League outfit, offer him an ideal platform to prosper.

The club currently have Danny Ings and Che Adams as the regular strikers, with Michael Obafemi and Shane Long acting as the back-up options.

However, there are genuine doubts whether Ings would remain with the club next season, having turned down a new contract beyond June 2022.

Armstrong could potentially come in as a replacement for the England international. He would have huge boots to fill with the success of Ings at St Mary’s.