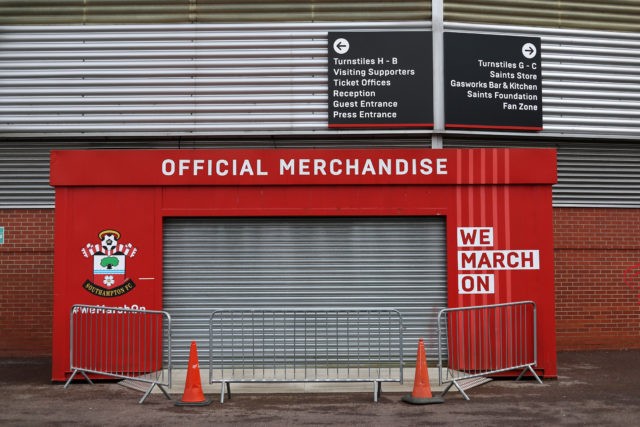 Southampton have become the first Premier League club to announce that they have reached an agreement with the players over wage deferrals during the coronavirus crisis.

Clubs like Tottenham Hotspur, AFC Bournemouth, Newcastle United, and Norwich City have taken the Government Coronavirus scheme to pay some of their non-playing staff, while Liverpool made a u-turn in their decision to put some of their staff on furlough.

The Saints, however, have announced today that they have taken measures to help the club and non-playing staff through the ongoing COVID-19 pandemic.

Southampton’s players, manager Ralph Hasenhuttl and his coaching staff have agreed to defer part of their salaries for the months of April, May and June so that the club can pay the full salary of their non-playing staff.

Many Southampton fans have taken to Twitter to respond to the club’s statement. And it seems they are delighted with the step taken by the club.

As usual, leading by example. ❤ my club!

Well done Saints!! Great decision from our owner and the board. Knew you’d look after your staff! Hats off to Ralph, the first team squad and coaching staff for helping to make this possible. Big hats off to you all!! 👏👏👏

Always red and white .Southampton till I die .well done 🔴⚪🔴⚪ #WeMarchOn proud to be a saints always.

Saints family. Together as one! #WeMarchOn 🙌🏻❤️😇

It is indeed a great step taken by the club. The Saints have made it clear that they ‘will not use the government’s Job Retention Scheme’ for the next three months.

The club owners, Mr. Gao and Katharina Liebherr, are determined to pay all of their non-playing staff in full for the next three months at least. After that the club will take measures as the situation develops.