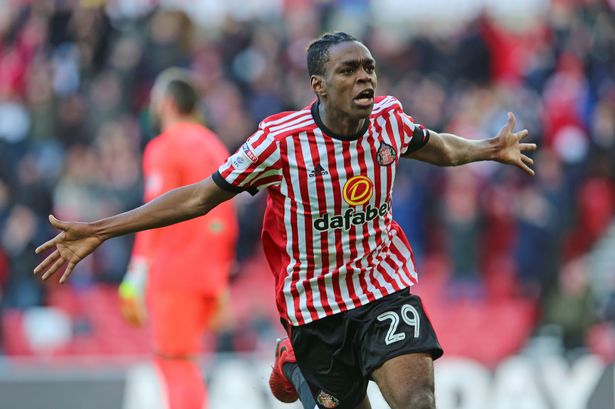 According to reports from BBC, Sunderland have decided to part ways with exciting young talent Joel Asoro.

The Black Cats will play in League One next season following their relegation from the Championship. They have already sold a number of key players, and Asoro is the latest to be heading towards the exit door.

The report claims that Swansea City, who will play in the Championship next season, have had a bid accepted for the Sunderland winger.

The Sweden Under-21 player has one year left on his current deal and it is believed that the Black Cats have allowed him to go for a fee of around £2 million, which is a decent value.

Asoro joined Sunderland from Swedish side IF Brommapojkarna in 2015.

The 19-year-old, who scored three goals in 29 appearances for the Black Cats last season, will have a medical in Wales this week, according to Sky Sports.

Asoro will become Graham Potter’s second signing since taking over at the Liberty Stadium, following the arrival of Jordi Govea.

Sunderland fans have taken to Twitter to express their reaction. Here are some of the selected tweets:

I can’t actually believe that people think that he’s worth more than £2m. He’s done absolutely nothing so far.

Hopefully a sell on clause included?

I really liked Asoro as well, shame but, if he doesn’t want to play then maybe it’s for the best

Think it’s just a sign of where we are, looks far to cheap but it’s what we can do with £2m now, we can get a forward that can get us 20 goals that we need in league 1, it’s a pure gamble if he will or not