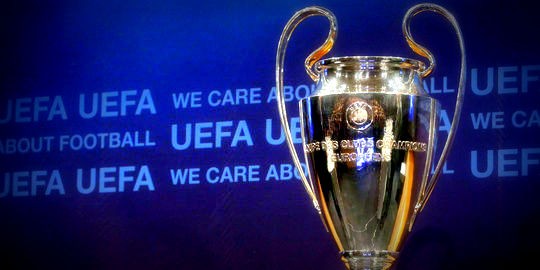 Six teams have a chance to make it through to the last 16 of the Champions League with three slots still up for grabs.

With the final round of group games taking place this week, 13 of the 16 positions for the first knock out round have already been filled with Chelsea, Juventus, Benfica, Celtic, Galatasaray and FC Cluj competing for the final three places.

There is also still a solid chance for many clubs to still salvage a place in the Europa League which will maintain their European adventure this season; Zenit St Petersburg, Anderlecht, Ajax or Manchester City. Dynamo Kiev, Olympiacos and BATE Borisov are already through to the Europa League.

In Group A Porto and Paris Saint-Germain have qualified for the last 16. Porto have more points on 13 than any other side in the Champions League after five games. Porto and PSG meet this week to determine who will finish top of Group A and have a supposed easier match in the next round.

FC Schalke and Arsenal are the sides through from Group B of the competition. Schalke will win the group if they beat Montpellier or if Arsenal fail to win away at Olympiacos on the final match day.

Borussia Dortmund have won Group D ahead of Real Madrid as Manchester City and Ajax fight for the last Europa League place. Dortmund host City in their last group game and they will win the group regardless of the other result due to their head-to-head record against Real Madrid.

Shakhtar Donetsk have already qualified from Group E and they will win the group with a win or a draw against Juventus. For Chelsea to qualify, they need to beat Nordsjaelland and hope that Juventus lose as they have an inferior record against the Italians.

Bayern Munich are through and currently top of Group F, they will win the group if they match the result of Valencia. Bate will finish third in the group and go into the Europa League while Lille are simply out of Europe for this year.

Barcelona are through to the last 16 as the winners of Group G. Benfica are through if they match the result of Celtic although Benfica are away to Barcelona in their final game while Celtic host Spartak Moscow who will finish bottom of the group.

Manchester United became one of the first teams through to the final 16 of the Champions League as they won Group H. Galatasaray are away to Braga in their final group game and need to match the result of FC Cluj to go through. Cluj are away to United in their final fixture.