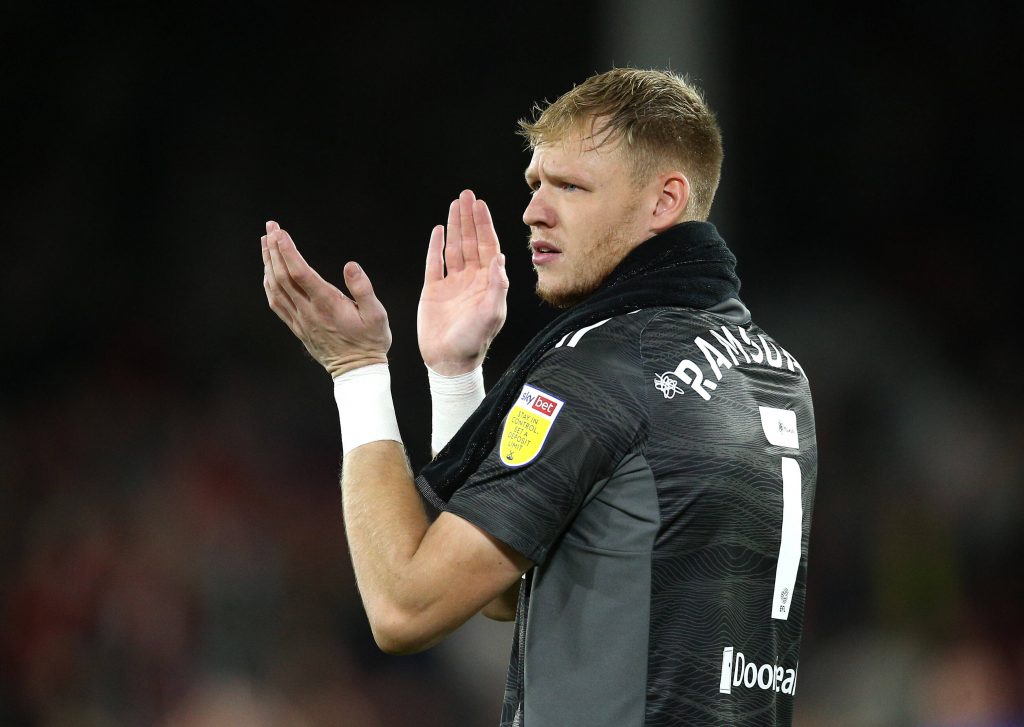 Sheffield United manager Slavisa Jokanovic has told Arsenal they will need to offer ‘a lot of money’ to secure Aaron Ramsdale’s signature.

The Gunners are in the market for a new goalkeeper to challenge Bernd Leno. Ramsdale is said to be Mikel Arteta’s preferred choice.

The 23-year-old has had a promising start to his career and is a bright prospect.

According to The Telegraph, the Championship club want more than £30 million for the goalie, but Arsenal are unwilling to commit more than £20m.

Jokanovic has said it is ‘natural’ for Ramsdale to want to return to the Premier League but insisted that he does not want him to leave the club.

“I can understand that there is interest in him, as one of the most talented English players,” said Jokanovic.

“But because he’s one of the best players in the league, his price is really high. It’s natural that he wants to be a Premier League player.

“I am talking with him, and he believes it can be a good move for himself, but it’s not a bad thing for him if he stays with us.

“In the end, it is the decision of Arsenal. If they want him, they need to spend a lot of money.”

Ramsdale successfully stopped 9.4% of crosses inside the box last season – more than any Premier League goalkeeper.

In terms of positioning, Ramsdale’s confidence helps him in this area.

He often stands three yards ahead of the goal line but maintains a sturdy and slightly crouched position, allowing him to dive either side.

He has quick reflexes and is an excellent shot-stopper.

Ramsdale has the potential to be Arsenal’s first-choice goalkeeper in the years to come and could prove to be a smart buy for the Gunners.