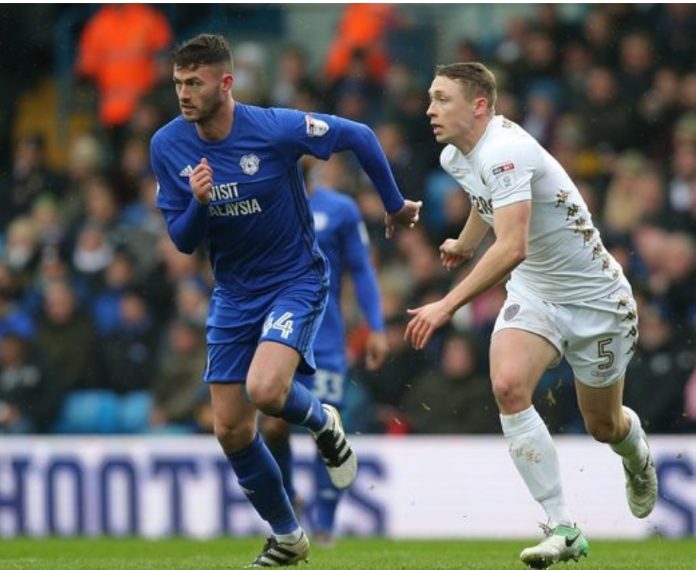 Cardiff City striker Gary Madine is set to move to Sheffield United, according to BBC Sport.

The 28-year-old only joined The Bluebirds in January of last year from Bolton Wanderers, for a fee reported to be around £6m. However, he has found life difficult at Cardiff City Stadium. The ex-Carlisle United man is yet to find the net since the move.

Madine enjoyed a four-year spell with The Blades rivals, Sheffield Wednesday. A move to Brammal Lane would get people talking in the steel city.

Issues outside of football

Madine’s off-field issues could pose a problem. The Gateshead-born striker has a strong of convictions for assault. The most recent saw him released from prison nearly four years ago. The former Coventry City loanee, will be keen to put his woes firmly behind him.

Madine is a big man, standing 6ft 4ins tall. He’s good in the air, and holds the ball up well by using his powerful frame.

Questions will be asked about his form. The off-field issues have stopped his career progressing, and statistically he doesn’t look as if he’s what United need.

The striker has scored 84-goals in his career, from 369-appearances. Not that impressive for a striker. He did enjoy some success at Bolton, but his best season came with Wednesday in 2011/12, when he scored 18-goals in 38-appearances in league one.