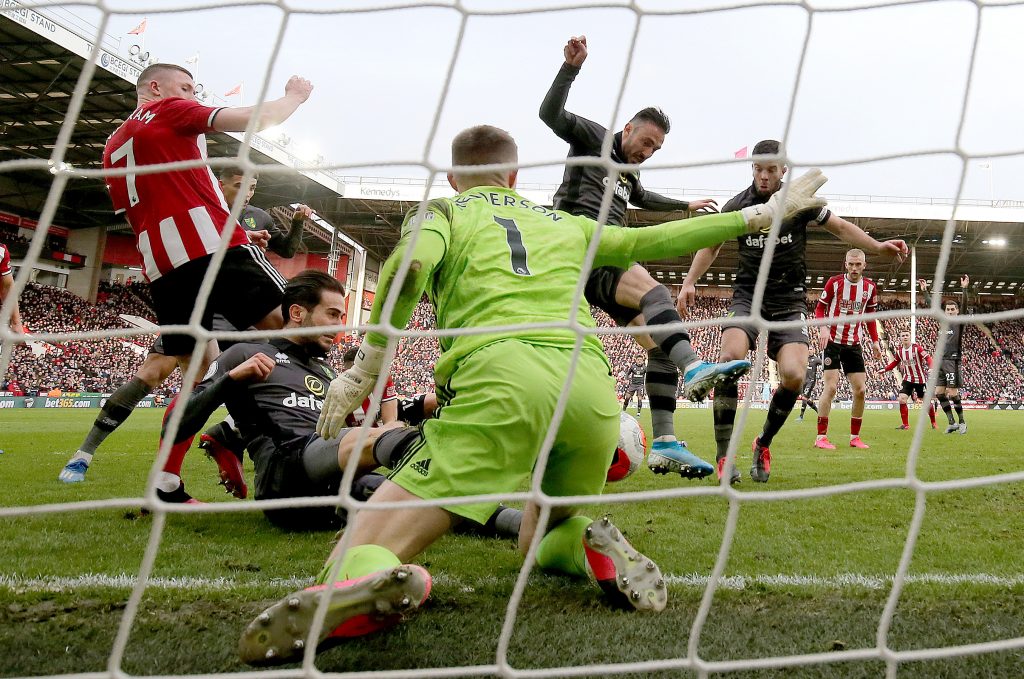 Sheffield United move into the top six after beating Norwich City at Bramall Lane in the Premier League on Saturday.

Many Blades fans on social networking site Twitter lauded Dean Henderson after he produced a quality performance, with the Blades securing all three points against the Canaries.

Billy Sharp scored his third goal in four matches, after starting only his seventh league game of the season. He scored a fantastic header from a fantastic cross from John Lundstram.

With 13 minutes left Henderson produced two outstanding saves that proved vital in the end. The young goalkeeper bravely dived at the feet of Mario Vrancic to keep out a Ben Godfrey header and then blocked the rebound.

Henderson, who is on loan from Manchester United and is yet to make his senior debut for England, made another stunning save to keep out a Jamal Lewis volley, as Sheffield picked up yet another fantastic win.

Here is a selection of Blades fans reacting to Henderson’s display:

We need to sign him up whatever it costs if the powers that be can. For me in my opinion one of the best in the world at the moment. Outstanding. 👏👏👍👊👊👊

Insane today! Southgate are you watching????

Get cheque book out give them everything to sign him. Best in the world

Class as always, but lets not forget didsy aswell 👏👏👏

Henderson has been simply outstanding this season for the Blades, and it remains to be seen how Manchester United handles his situation.

According to a report from the Daily Mail, the 22-year-old would be allowed to go out on loan again, with Sheffield United his most likely destination once again. The Blades could also make an attempt to sign him permanently at the end of the season.