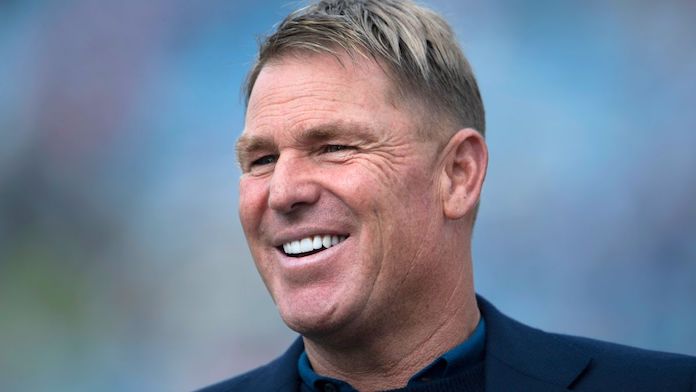 Shane Warne, one of the greatest players to ever set foot on a cricket pitch, has died aged 52.

Reactions from the world have already started pouring in, with cricketers past and present eulogising the great Australian’s skills with the ball.

Sir Viv Richards, himself regarded as one of the greatest cricketers of all time, described Warne’s death as “unbelievable.”

Unbelievable. I am shocked to the core. This can't be true…

Rest In Peace, @ShaneWarne. There are no words to describe what I feel right now. A huge loss for cricket. pic.twitter.com/uZdEdNz0x9

Former Pakistan fast bowler Waqar Younis, who had many battles with Warne and his Aussie teammates, described the spinner as “the biggest superstar of my generation.”

The account of the Marylebone Cricket Club said that Warne was “one of the finest cricketers ever to have played the game.”

MCC is deeply shocked and saddened to learn of the death of Honorary Life Member and World Cricket committee member, Shane Warne.

Shane was one of the finest cricketers ever to have played the game.

Our thoughts are with his family and friends. pic.twitter.com/6gEDCumHDk

England Cricket tweeted that Warne “changed cricket” and described the spinner as a “legend” and “genius.”

One of the greatest of all-time.

A legend. A genius.

Very few cricketers, if any, have a highlight reel as impressive as Warne’s. His ability to make the ball dance, combined with his ebullient personality, made him the star attraction of every match, and he regularly delivered exactly what the crowd wanted: magic.

Take a look below as we look at the top five moments of Warnie’s amazing cricketing journey.

1) The ball of the century

It’s no surprise to find that his ball to Mike Gatting, which stunned the cricketing world and announced Warne as a major talent, comes number one on our list. To spin the ball to such a degree was something never seen before, and it only heralded what was to come from the soon-to-be superstar.

The 2005 Ashes are referred to by many as the greatest Test series of all time. England might have won the urn, but Warne wowed everyone in his final Ashes appearance in England. He would finish with 40 wickets – his highest tally in an Ashes series – at a rate of 19.92, plus contributed 249 runs with the bat.

Warne had a habit of turning up just when he was needed. After saving Australia in the semi-final of the 1999 World Cup, he would also go on to star in the final. His 4-33 was enough to win him man of the match and, more importantly, heavily contributed to the Aussies taking home the trophy.

Warne came out of retirement when the Indian Premier League first burst onto the world stage. At 38, some thought he was too old, but Warne had the last laugh. He captained the Rajasthan Royals to the title, taking the third most wickets in the tournament.

Australia took on the West Indies in the semi-final of the 1996 World Cup, and batting first, posted a below-par score of 207-8. The Windies then reached 165-2 and seemed to be cruising towards victory. Enter Warne, who bamboozled the batsmen with his magical ability, taking 4-36 and dragging victory from the jaws of defeat.