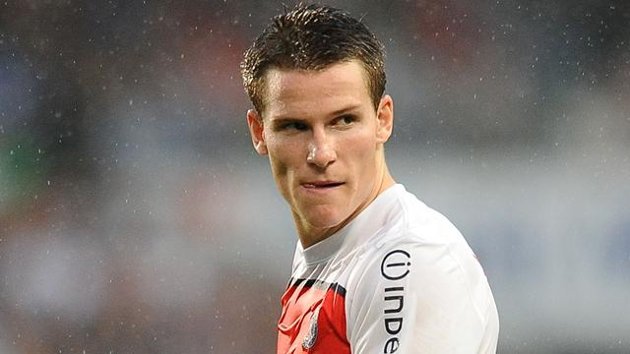 ‘I have appreciated this player for a long time, but it is his choice to leave and that choice seems to be compatible with the club’s choice. A new adventure should start for him in Sevilla, if his transfer will be finalised.’ – Paris Saint-Germain manager Laurent Blanc.

The 26-year old failed to hold down a regular starting place in the side last season, and his chances look all but diminished following the arrival of Uruguayan international forward Edinson Cavani.

He scored eight goals in 26 Ligue One games, but made only eight starts all season.

Sevilla have been looking for attacking replacements after losing their top goalscorer Alvaro Negredo to Premier League runners-up Manchester City this summer.

Liverpool were previously linked with Gameiro, but the deal failed to materialise, and the France international is expected to join Sevilla pending a medical. He scored 23 goals in 77 games for the Ligue One Champions in total.

He’s represented France on only eight occasions, scoring once. He cited how first-team football away from Paris Saint-Germain will better his chances of featuring more often for the France national team, and he will have one eye on the 2014 World Cup at the end of next season.

Prior to the PSG, Kevin Gameiro has also previously played for French sides Strasbourg and Lorient – scoring a total of 68 goals in 181 games.

His transfer fee has so far been undisclosed, but Paris Saint-Germain were said to have slapped an £9M price tag on the striker.

Sevilla were quick to move in the market for the Frenchman after losing Negredo, and Gameiro is a proven goalscorer at the top level. His age also suggests he still has much more to come in the future.