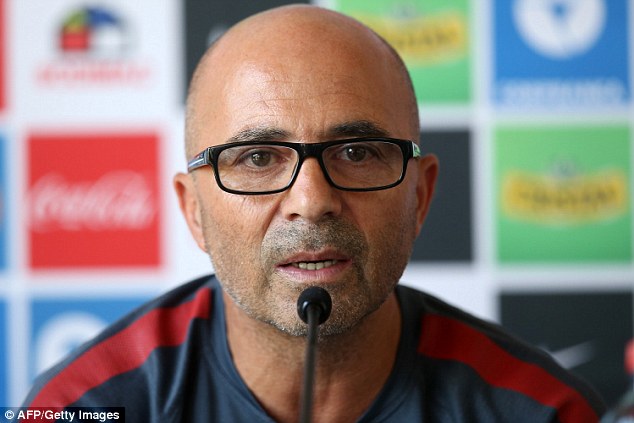 Emery joined Sevilla in 2013 and has since led the club to a record three consecutive Europa League titles, most recently beating Liverpool 3-1 in Basel last month.

The 44-year-old coach has informed the Los Rojiblancos of his wish to leave the club and both the parties have now agreed to terminate the Spaniard’s contract.

A statement on Sevilla’s website reads: “Sevilla FC have received official notice from Unai Emery’s lawyers that his intention is to proceed the unilateral termination of his contract with Sevilla FC.

Emery, who was heavily linked with the vacant managerial position at Everton before Ronald Koeman agreed a deal to join the Merseyside club, appears to to be on the verge of becoming the new manager of Ligue 1 champions Paris Saint-Germain with Laurent Blanc poised to depart.

Meanwhile, Sevilla have also confirmed that Jorge Sampaoli will arrive in Sevilla on Monday to hold further talks to become their new manager.

“Once confirmed by the Basque coach(Unai Emery) his irrevocable decision to terminate his contract with Sevilla FC, the club made contact to replace the loss of the Hondarribian,” Sevilla’s statement continued.

“In this regard it is expected Jorge Sampaoli, the former Chile coach, will arrive in Seville tomorrow [Monday] for talks with the club.”

Taking over at Sevilla will be Sampaoli’s first season at club level since 2012 following his departure from Universidad de Chile, where the Argentine coach won three league titles and the Copa Sudamericana championship.

Well known for his teams’ attacking style of play, Sampaoli’s most recent success was to lead Chile national team win the 2015 Copa America after beating Argentina on penalties in the final.

The 54-year-old coach was out of work since leaving the Chile job in January and Sampaoli’s stint at Sevilla will be his first job in Europe, having never coached outside of South America before.