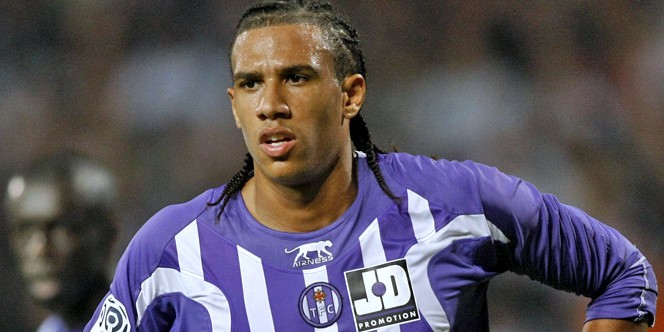 Tottenham Hotspur are on the verge of signing the highly rated and versatile Toulouse midfielder Etienne Capoue, after a £8.6million deal has been agreed for the France international, who was also a target of Cardiff City and Atletico Madrid.

The 24-year-old is primarily a defensive midfielder but can play in the central midfield as well. He has also played as a central defender for the French outfit.

Alain Casanova, the manager of Toulouse has used mainly four formations last season, of which he used the 4-1-4-1 formation for 31 times in the league. In that system, Capoue played as a defensive midfield volante, acting as a fulcrum between the quartet of defence and attack.

When used in a 3-5-2 formation and 4-3-3, Capoue mainly played as a defender in those games, pairing besides Serge Aurier and Aymen Abdennour respectively.

Spurs will be getting a versatile player, who can fill both the roles here. He could be asked to fill up the role left by young Steven Caulker and also as a stop-gap if first choice defenders Jan Vertonghen and Younes Kaboul get injured.

But, he could be best used in the midfield. Spurs have an avalanche of central midfielders in their squad, though few players are expected to leave in the summer like Scott Parker and Tom Huddlestone. He is a different type of midfielder, who could actually get the best out of new signing, striker Roberto Soldado.

Sandro and Paulinho are defensive minded and they are not meant to add creative spark to the side. Dembele has good dribbling skills but he mainly plays out short passes and sprinkles those out wide in the flanks.

Soldado is a typical volley-master striker, who needs long through balls to show out best volleying skills. If one scans through his top goals at Valencia, one could easily chalk out the pattern – he scores great goals through volleys, finds gap in the box brilliantly, gets the right end of an intelligent through balls and meets crosses perfectly.

Capoue’s main strength lies in passing. He is very adept in playing through balls and long passes. Last season, he made 2171 passes in the entire season, out of which 373 were long passes attempted. Dembele, who is arguably more creative than others in Spurs midfield, attempted only 108 long balls.

Therefore, Capoue should be in theory the perfect foil for Soldado. But more than anything else, Spurs are getting a quality player, who can be used at various positions.

The signing of Capoue clearly shows that Andre Villas-Boas has chalked out his plans nicely. With him, on pen and paper, Spurs would look a very dangerous team, should the deal go through.