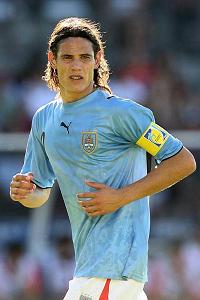 In part one of our examination into European Scoring Stat leaders, we examined some of the differences between the four major European football leagues. What that revealed was an Italian and German propensity to use “spearheads”, where one player contributed to (goal or assist) nearly forty percent of a team’s goals. In Spain, this percentage was reduced somewhat, and in England, reduced again – and artificially inflated by Carlos Tevez’s remarkable scoring record at Manchester City.

We can see from the table below that there are nine players in Europe who directly contribute to half (or more) of their teams’ goals; four from Serie A, two from the Bundesliga and La Liga and Manchester City’s Carlos Tevez. The next highest Premiership player after Tevez is Sunderland’s Asamoah Gyan, who ranked twenty-first, directly contributing to 39.39% of all Mackem goals.

Figures and League Position are valid to Tuesday morning April 5th.  Balanced Sports has the full list of contributions by team leaders across the four major leagues.

This confirms suspicions that Italian and German tactics (or injury lists) value a spearhead more than their Spanish or English cousins. What’s interesting is that, Zlatan Ibrahimovic aside, most of the Serie A contributors tend to be finishers, rather than creators. The same can be said of Germany – excepting Gerald Asamoah and Diego who are both midfielders for relegation-threatened clubs, and if each team had a fully-functioning centre-forward may not make this list. Germany in fact seems to have more designated shooters – Gekas and Cisse especially – who have yet to rack up an assist this term.

Which counts more, goals or assists?

All four Spanish-based Top 20 entrants are creators as well as scorers, leading us to the conclusion that Spain tends to value not so much a spearhead as a trequartista, someone given a free hand to lead the attack. Looking at the names Messi, Ronaldo and Rossi this rings true but is coloured by the fact that each is the best set piece taker for their club. Do their inflated assist numbers reflect their exquisite talents or a league-wide trend?

Of all the scoring stat leaders, we compiled their total numbers of goals and assists into a table to express what percentage of their total scoring stats were made up of goals.

Percentage goals = the percentage of goals in a team leader’s total scoring stats.

This leads us to the fact that the Bundesliga values scorers more heavily than their Southern or Western counterparts. This could come down to a variety of factors – tactics, injuries and style chief among them. This table offers more proof the English game has a wider variety of scorers and creators as their goals-per-game average remains in excess of all the three other major leagues.  Also, it must be remembered that assists can only make up a maximum of 50% of any scoring stat analysis (ie. If every goal is assisted, then 50% of the Scoring Stats will be assists.  Since not every goal is assisted, this total will always be <50%).  This table also confirms any remaining suspicions as to the roots of Roberto Mancini’s Manchester City gameplan – pulled straight from Serie A. 70% of Carlos Tevez’s scoring stats are goals, exactly what a team leader typically scores in Italy.

When it comes to avoiding relegation, the percentage contribution by a Team Leader wasn’t as significant: though six of the ten teams are in serious danger of the drop, this can be attributed more to their lack of total goals than to the decreased contributions by team leaders. An expected result is the spread of leagues here: three La Liga and EPL clubs, and two each from Serie A and the Bundesliga. There’s also a greater mix of positions here – from out-and-out centre-forwards to midfielders,

We can see from these analyses that the biggest difference between team leaders aren’t between teams in an individual league, but across leagues. The statistical outliers tend to be those who either play in a different style (ie. Carlos Tevez) or those who are the shining light for the entire league (your Messis and Ronaldos). Roberto Mancini has come in for much criticism for the staid manner in which his City team has played. Unfair, perhaps, because he’s only doing exactly the same as his countrymen.

The Complete List of Scoring Stat leaders by team across Europe, is available at Balanced Sports‘ Scoring Stat Leaders page.