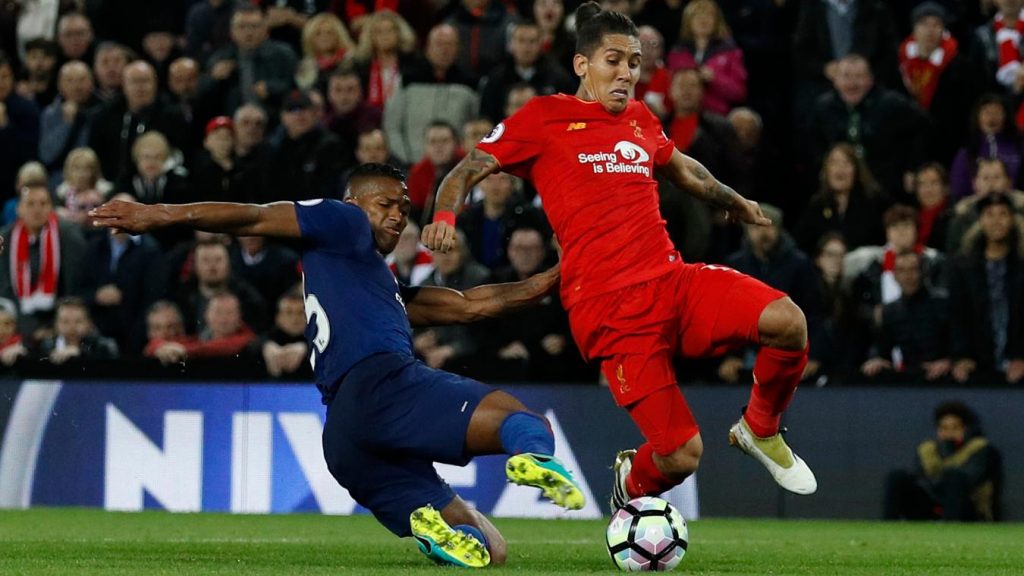 Manchester United frustrated in-form Liverpool at Anfield in a 0-0 draw that helped neither team’s cause. The visitors were visibly lacking in intent, while the hosts were bereft of ideas in attack that made for a drab contest in what was the 197th derby between the two clubs.

Following the result, Liverpool were left to rue their missed opportunity to close the gap on leaders Manchester City, who also drew their weekend fixture against Everton. United, meanwhile, remain seventh, and five points off the pace at the top.

Here are four tactical points from a game where Jose Mourinho’s men seemingly had the last laugh:

United started with greater intensity and were set up in an aggressive mid-block. With the physical presence of Marouane Fellaini alongside Paul Pogba, the Red Devils cut off passing lanes for Liverpool, both in the first and second phases of play. 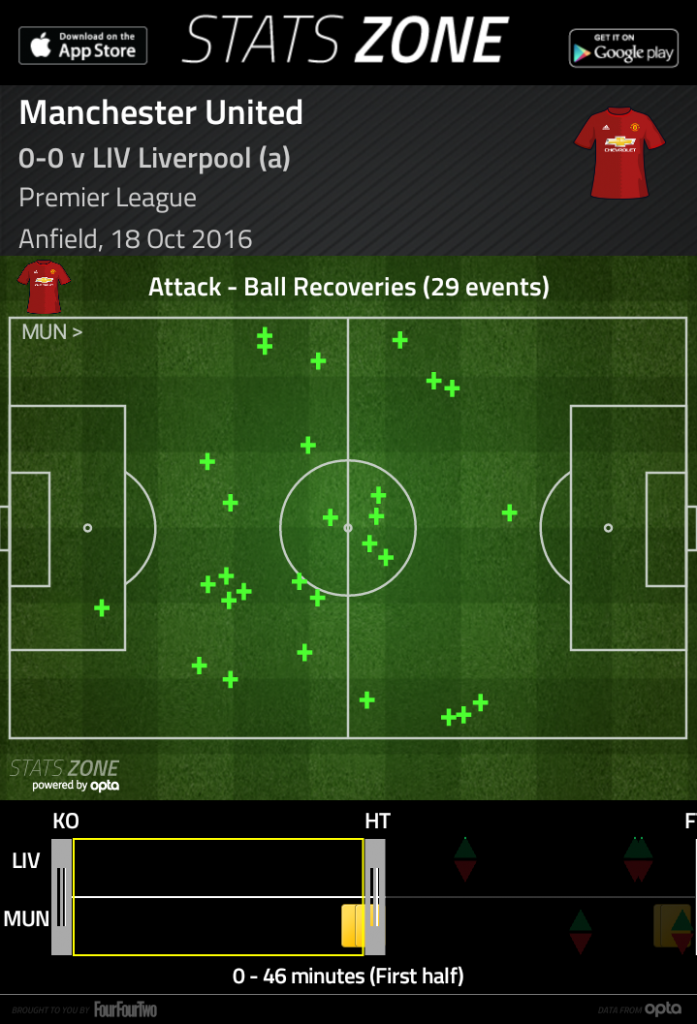 As the above graphic shows, the away side regained the ball inside Liverpool’s side during the first half on plenty of occasions. Despite their early proactivity out of possession, United lacked bite in attack and too often, they failed to put the hosts under pressure from transitions in advanced areas.

Liverpool not inventive enough in the final third

Jurgen Klopp’s men have had spells this season where they overwhelmed opponents with their high pressing game and quality in transitions. However, United were on the Reds’ faces from the kick-off which stopped the home side from stringing together dangerous attacking moves.

Liverpool lacked connections from back to front, a situation forced by United’s pressing game in the first half, and low-block defending in the second half. None of the Reds’ front men had enough time and space on the ball to create clear-cut chances.

It was typical Mourinho when United resorted to defending in a 6-3-1 low-block structure after the break to prevent Liverpool from building up attacks. The Red Devils were happy to sit back and soak pressure in the second half.

United’s defensive actions were heavily concentrated in their own half and third in the second half, a sign that they held things together perfectly when Liverpool increased the pressure. Mourinho’s teams tend to be experts at playing defensive football, and once again, the Portuguese showed his tactical nous.

Daniel Sturridge was chosen to start in his 100th game for the Reds last night which would not have happened had Adam Lallana been 100 percent fit. Sturridge was anonymous up front and failed to link up with his team-mates.

The England international combined just eight times with his fellow attackers—Sadio Mane and Roberto Firmino—during his hour-long stay on the pitch. He received just 21 passes all game, and the only time he was found inside the United box was off a hopeful diagonal ball from Emre Can in the first half which was easily dealt with by the Red Devils.

Sturridge doesn’t seem to play on the same wavelength as his peers in attack, and Liverpool looked more potent after he was taken off. The 27-year-old might be a fine striker, but he doesn’t quite fit into Klopp’s scheme of things at Liverpool.