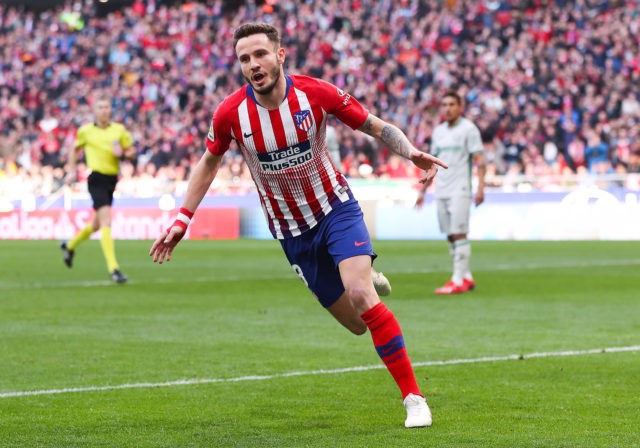 Spanish midfielder Saul Niguez is seeking a way out of Atletico Madrid this summer, reports Spanish outlet Diario AS.

Saul came through the academy at Atletico, earning his professional debut in March 2012. His breakthrough into the starting XI came in the 2014/15 season following an impressive loan spell at Rayo Vallecano.

Under Diego Simeone, the midfielder has won two Europa Leagues, one Copa del Rey, and finished as runners-up in the 2015/16 Champions League, losing to rivals Real Madrid in the final on penalties. He has also earned 19 caps for the Spain national team, scoring three times.

However, it appears as if his time at the Wanda Metropolitano is set to come to an end this summer, with Diario AS reporting that Saul wants to quit Atletico Madrid for Bayern Munich.

The Spaniard has lost his guaranteed place in Simeone’s starting XI, making only 21 starts out of a possible 36 this campaign.

Bayern Munich will be looking for reinforcements to get back to the levels they were at in the 2019/20 season when they won the treble. It is already impossible for Hansi Flick’s side to repeat this feat, having already been knocked out of the DFB Pokal.

Meanwhile, they look far less dominant in the league, although they are still on course to lift a ninth successive Bundesliga title.

The Bavarians did not sign a replacement for midfielder Thiago Alcantara, who departed for Liverpool last summer.

Nonetheless, competition in midfield would still be high if Saul was to make the switch to the Allianz Arena. The 26-year-old would be fighting with Joshua Kimmich, Leon Goretzka, Thomas Muller, Corentin Tolisso and Jamal Musiala for a starting berth.

Saul signed a nine-year contract at Atletico Madrid in 2017, leaving him with over five years left on his current deal.

The contract includes a release clause believed to be worth €150 million, but Diario AS claims that Los Rojiblancos would accept a bid between €35m and €50m.

For now, Atletico Madrid will be focused on their La Liga title charge. Having once sat 10 points clear at the top with a game in hand at the beginning of February, they are now just seven points ahead of Barcelona having played one game more.