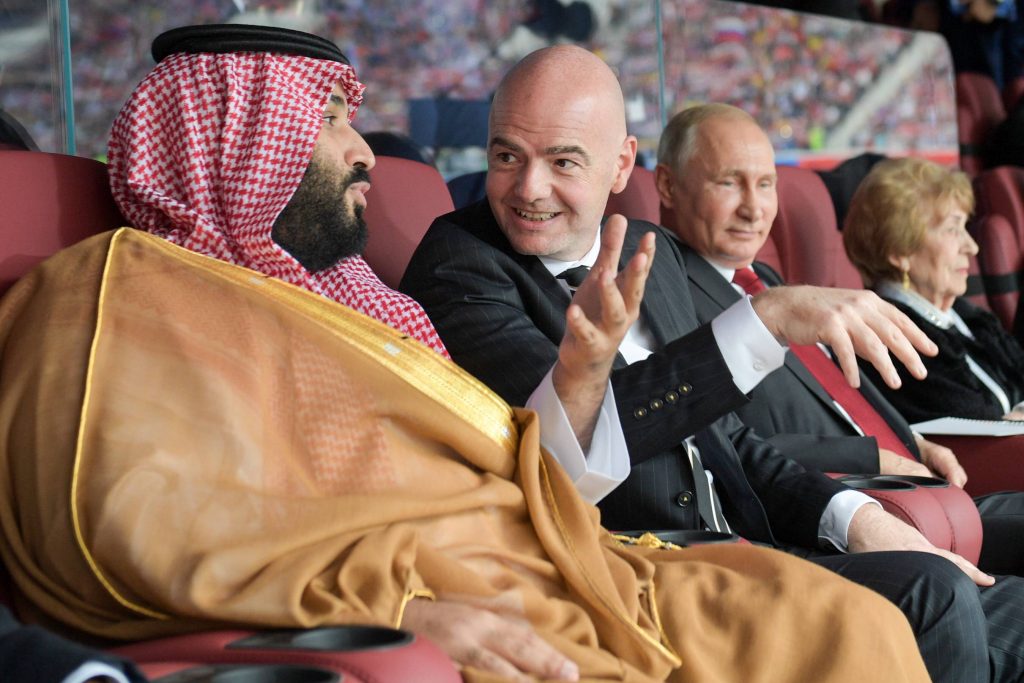 The Premier League did not approve their plan to buy Newcastle in a £300 million deal last year, insisting that Saudi Arabia was hiding behind PIF to take over the club.

Newcastle owner Mike Ashley is awaiting the decision of an arbitration court case that focuses on Saudi State control of PIF.

The Magpies’ chances of winning the litigation were dealt a huge blow after Sportsmail revealed that Saudi’s Crown had urged UK Prime Minister Boris Johnson to intervene in PIF’s plans to buy the club after the Premier League blocked it.

Their latest updates on social media will not help matters.

Over the past five years, we came together under the leadership of HRH Crown Prince Mohammed Bin Salman Bin Abdulaziz to meet the ambitious goals of #SaudiVision2030.

We have reached many milestones, and we look forward to many more years of success. pic.twitter.com/IbJjnhGkW5

I mean, seriously, come on. They aren’t even pretending anymore. It’s ok, though, Ashley is launching a legal challenge and it’s not like he’s ever lost any high profile cases in the 14 years he has been #nufc owner… https://t.co/WEi3zmEhge

Not for the first time in recent months they have boasted about his leadership and control of PIF. If you can’t see that as an issue you really haven’t been paying attention to what caused takeover to collapse right months ago and the whole basis of arbitration. This doesn’t help

I’ve been saying it won’t happen for months. The arbitration will focus on whether PL were right to say MBS/PIF were intrinsically linked so it was a takeover by Saudi State. All evidence, in SA and here since, shows MBS controls PIF and they don’t even hide it. It’s blatant.

A source with knowledge of the Newcastle takeover deal said they have been shocked to discover Bin Salman’s intervention with Johnson.

He was supposed to be keeping out of the deal, given the case the PIF was making that it was separate from the Saudi government.

PIF continue to undo any attempts they have made in the past to establish themselves as a separate entity from the Crown Prince and the Saudi State, and it will be interesting to see how things turn out in court.

In other news, Rangers are reportedly keeping tabs on Newcastle star.