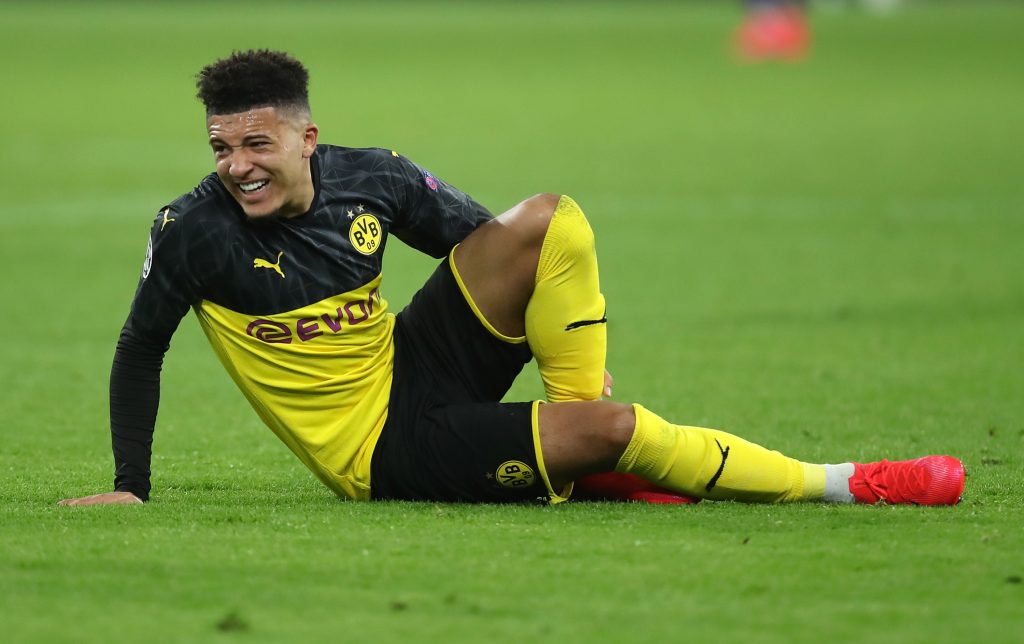 Getting advice off someone who has been capped 44 times by Germany might seem like the stuff of dreams for most 20-year-olds.

However, when the international player in question is Marco Reus and the youngster is Jadon Sancho, you’d be well-advised not to read too much into it.

“Jadon is an outstanding player and will definitely remain in demand by many clubs – that is a fact,” he told SportBild.

“He’s now playing at an even higher level than last year and would be extremely valuable in achieving our goals.

“I would advise him to stay at BVB for another year, maybe two. From my point of view, there is no better place for him at the moment.

“Afterwards, he can take the really big step as an even more complete player, having developed further in peace here as a regular starter.

“He would have to find his place at a new club, which isn’t always easy for a 20-year-old.

“Just how interesting do you think Jadon will be for the biggest clubs if he spends one, two or three years more here to develop further?”

Where to begin with this one? Reus has undoubtedly enjoyed a solid club career in German football.

However, injuries have prevented him from achieving his full potential and his international career has been so-so.

Reus was frequently linked with some of Europe’s biggest clubs, but those moves failed to materialise.

His advice to Sancho, who has already achieved more than Reus by succeeding in another country, smacks of self-protectionism.

Sure, Reus and Dortmund will be desperate to see Sancho stick around in Germany. But this is Manchester United. Enough said.