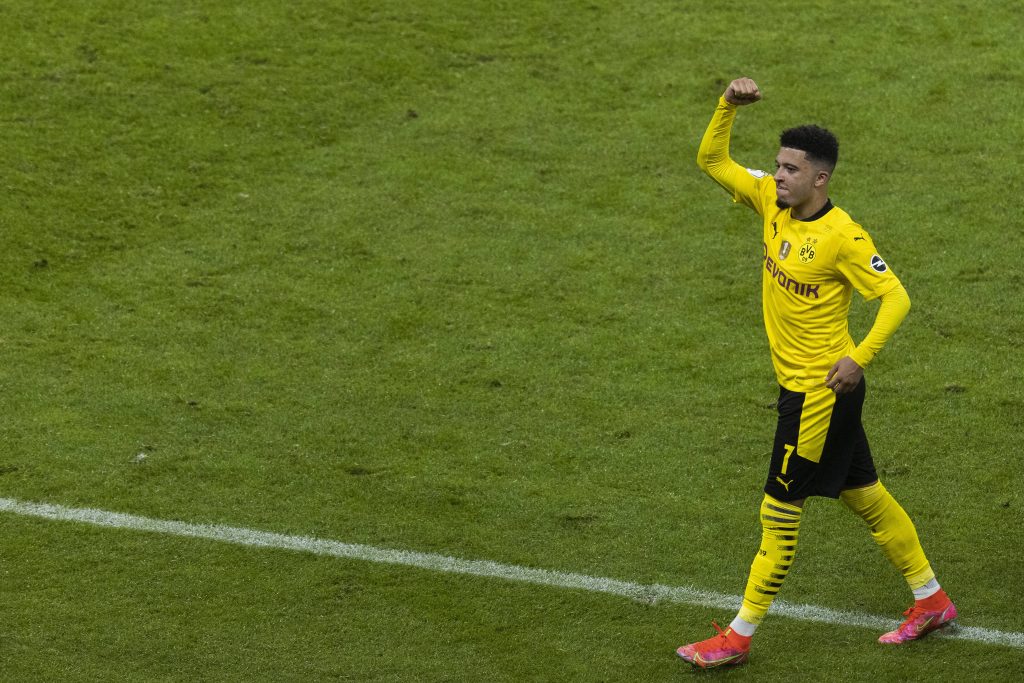 Borussia Dortmund winger Jadon Sancho is desperate to complete his long-awaited move to Manchester United before the European Championships get underway.

Die Borussen were adamant their standout performer would not leave the Signal Iduna Park unless someone meets their staggering £108 million valuation.

While the Germans were unwilling to budge on their demands, the Premier League giants were ready to go up to £80m to get the deal over the line.

Despite failing to find an agreement last summer, Ole Gunnar Solskajer remains a big admirer of Sancho and is keen to add the 21-year-old to his attacking ranks this time around.

The mercurial forward is receptive to the prospect of a return to England and is hopeful of securing a move to Old Trafford before the beginning of the Euros.

With Dortmund having already lowered their asking price, there is a genuine feeling the deal could take place in the foreseeable future.

As reported by German news outlet SportBild, the North Rhine-Westphalia side will settle for £82m this summer, which is a sizeable markdown on their last year’s demands.

Sancho is reportedly pushing Dortmund to adhere to a ‘gentleman’s agreement’ that would allow him to join United in the summer.

Chelsea boss Thomas Tuchel is also in the market for a new winger and is entertaining the idea of hijacking the Red Devils’ move for the England international.

Despite the Blues’ possible interference in the race for Sancho, United are firmly in the driving seat for capturing the youngster’s signature.

Despite Mason Greenwood’s notable upturn in form during the final stage of the 2020/21 campaign, Solskjaer needs another top-class attacker to close the gap on Manchester City next season.

The Norwegian is looking for a quality winger to add extra quality to his well-knit attacking department, and Sancho perfectly fits the profile.

Even though he experienced a difficult start to the season, the Englishman has rediscovered his mojo in time to help Dortmund secure a top-four Bundesliga finish and beat RB Leipzig in the DFB-Pokal final.

Sancho’s technical skills, tactical awareness, positioning, passing and killer instincts in front of goal are off the charts for a player of his age.

Based on that, the 21-year-old would add an extra flair to Solskjaer’s set-up and could be a massive boost for United’s title bid next season.

And, as evidenced by the reaction to last night’s Europa League final defeat, United need all the help they can get.