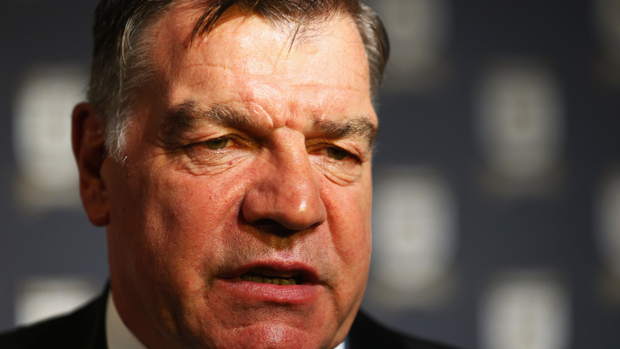 Sam Allardyce contract with The FA as the England manager has been terminated by mutual consent.

The 61-year-old was appointed as the national team manager in July and he has spent 67 days in his “dream job” and managed just one game for his nation, against Slovakia.

The search for the new England manager is set to begin soon and in the meantime, Gareth Southgate will be in charge of the senior team for the next four matches against Malta, Slovenia, Scotland and Spain.

A sting operation conducted by Daily Telegraph filmed Allardyce offering advice on how to bypass the Football Association’s rules on player transfers.

Allardyce and his agent met with the FA’s chairman, Greg Clarke, and the chief executive, Martin Glenn, at Wembley stadium on Tuesday and agreed to terminate his contract.

The Daily Telegraph released footage of Allardyce taking part in two meetings over the past month.

Allardyce branded the FA and FIFA rules as “ridiculous” and then assured the businessmen that it was “not a problem” to get around FA rules that prevent parties from “owning” players’ economic rights. The 61-year-old claimed that a group has been doing it for some time and it is easy to get around it.

The footage shows Allardyce saying: “You get a percentage of the player’s agent’s fee that the agent pays to you, the company, because he’s done that new deal at the club again or they sell him on, and you’re not getting a part of the transfer fee anymore, because you can’t do that”.

“But, you get, because of the size of the contracts now, the contract will be worth £30m, £40m, at 10% and you’ve done a deal with the agent where you’re getting 5% of the agent’s fee, which is massive for doing about two hours’ work.”

Their statement read: “The FA can confirm Sam Allardyce has left his position as England manager. Allardyce’s conduct, as reported today, was inappropriate of the England manager. He accepts he made a significant error of judgment and has apologised. However, due to the serious nature of his actions, the FA and Allardyce have mutually agreed to terminate his contract with immediate effect.”

“This is not a decision that was taken lightly but the FA’s priority is to protect the wider interests of the game and maintain the highest standards of conduct in football. The manager of the England men’s senior team is a position which must demonstrate strong leadership and show respect for the integrity of the game at all times.”

“Gareth Southgate will take charge of the men’s senior team for the next four matches against Malta, Slovenia, Scotland and Spain while the FA begins its search for the new England manager. The FA wishes Sam well in the future.”

Allardyce responded with an apology on Tuesday night: “Further to recent events, The FA and I have mutually agreed to part company. It was a great honour for me to be appointed back in July and I am deeply disappointed at this outcome.”

“This afternoon, I met with Greg Clarke and Martin Glenn and offered a sincere and wholehearted apology for my actions.”

“Although it was made clear during the recorded conversations that any proposed arrangements would need The FA’s full approval, I recognise I made some comments which have caused embarrassment.”

“As part of today’s meeting, I was asked to clarify what I said and the context in which the conversations took place. I have co-operated fully in this regard. I also regret my comments with regard to other individuals.”

The England U21 manager has always voiced his admiration towards the national team job.

Despite admitting himself that he is not quite ready for the job earlier, the youth team manager has done very well with the U21 side and managed to guide them to their first Toulon tournament title since 1994.

The Bournemouth manager is highly rated within the game and is regarded as the brightest young manager in the Premier League right now.

England have often played it safe at the major tournaments over the last few years. The likes of Capello and Hodgson were too cautious at times.

Howe’s proactive footballing philosophy would suit the new generation of English players and transform the national team into a more attacking side.

The former Hull City manager is without a job right now and would jump at the chance of managing the England national team.

If Southgate feels he is not ready for the job yet and Howe decides to grow as the manager of Bournemouth for now, Bruce could be a decent option for the national team.