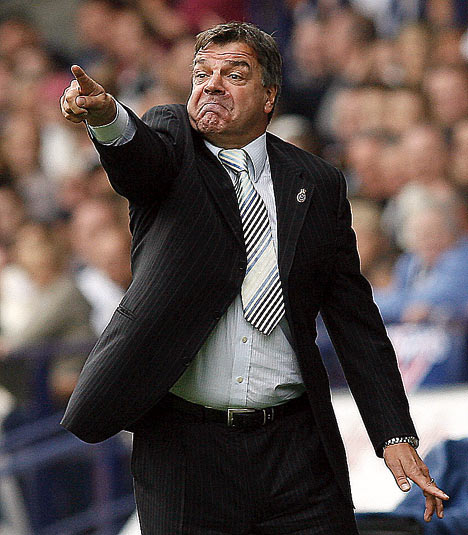 Football managers have a knack for esoteric statements. Often, the profundity of these comments is completely unintentional; nevertheless, if we’re willing to trawl through hours upon hours of press conference banality, often we’ll end up with a hidden gem.

Sam Allardyce, on the other hand, has spoken a universal truth. Though his was an irritated rant of the slightly ignorant ‘British kids would be the world’s best if we didn’t buy so many Johnny Foreigners and spent more money on our own youth system’ variety, it said so much about the state of British society in general, and football in particular, that it deserves the attention it is currently receiving in the media.

The reason Allardyce’s argument is so important is that it misses the point spectacularly. He focuses on the withdrawal of funding for the state school system to invest in providing quality coaching and facilities for British youngsters as a cause for the lack of quality players coming through British academies; yet he goes on to discuss how these academies are not able to provide adequate coaching hours. This confused point overlooks the fact that the quality of player who can be produced in an academy is independent of how many talented youngsters there are in schools.

Thatcherists and Daily Mail readers terrified of the ‘state sponger’ would doubtlessly argue this very point; so what, they’d ask, if the incentive to succeed has been taken away from kids up and down the country? Only the very best will make it anyway, and those very best will make it via the academies (indeed, think of the thousands of young people who get into these academies before being told at 15 or 16 that they won’t be offered a contract). Why should the state interfere at all, when specialist football schools produce the best players anyway? These kids sit around and become obese because they prefer that to running around playing sport after all.

Such a vile argument is sadly prevalent in today’s society. It’s the society which grudgingly voted in a populist Conservative government on the back of one of the greatest lies in British political history (namely, that Gordon Brown was alone responsible for Britain’s economic misfortunes), a society staring hopelessly into the mirror, covering up the black patches under its eyes belying the sleepless nights spent staring, worn out and empty-headed, at the overblown dramatisation of meaningless song contests, dance-offs and, sometimes, football matches. On Demand, of course – for this is a society happy to work the longest hours in Europe and still fit in its fair dose of escapist entertainment at the expense of such frivolities as tranquility, reflection and sleep.

In such a society, that individual rage dissipated, shattered into a thousand hopes pinned on The Apprentice, Cheryl Cole or Wayne Rooney, can sometimes be quelled by a single scapegoat. Such is the general fear and hatred of the ‘benefits cheat’ (of which there really are very few, certainly fewer than the combined total of estate agents, criminal defence lawyers, neo-liberal politicians and ‘professional bloggers’) that our society can actually use this image in order to contrast itself. Every late night at the office is a glorious accomplishment, every binge-drinking session a reward, and every Facebook friend a personal triumph. The sponger is a threat to this imagined stability.

This is why it’s generally accepted that when we need to make ‘cuts’ (getting that deficit down, regardless of the long-term damage to economic growth, is more a fetish than a policy for our current politicos), the state has no right to spend taxpayers’ hard-earned cash on sports facilities for teenagers. If the kids want to play football for England, they’ll find a way to live their dream, just like Susan Boyle or Jade Goody.

Thatcher’s annihilation of any semblance of socialist thinking in this country put a stop to certain ideals which are sometimes most vividly expressed by football. Solidarity (a personal acquaintance I made while a student, now a Conservative Party Councillor, once claimed to hate the word so much that she wouldn’t allow it to be said in her presence. I’m not joking.), between economic classes, between people; collective responsibility – collective triumph as well as collective blame; hard graft. All are ideals still apparent in football, albeit in a slightly less literal way than in the past.

One doesn’t have to be a socialist to see that specialisation (in this case, a few private academies instead of universal investment in school facilities) can lead to elitism, be it cultural, social or economic. The problem with the lack of state investment is not, as Allardyce claimed, that less promising kids come through as, ultimately, the academies produce enough talented youngsters either way.

The problem is that the elitism fostered by the lack of relationship between schools and private academies leads entire generations to turn away from the game altogether. We’d do well to remember that football is ‘just a game’ and that, no matter how passionate or philosophical we can get about it, it is just one more pillar upon which social injustice can rest, safe in the knowledge that people are entirely distracted from its looming presence. If kids decide that the idea of being a footballer is too remote, they’ll turn to some other form of distraction. In the end, England doesn’t necessarily lose young players; it loses the very nature of its sport.