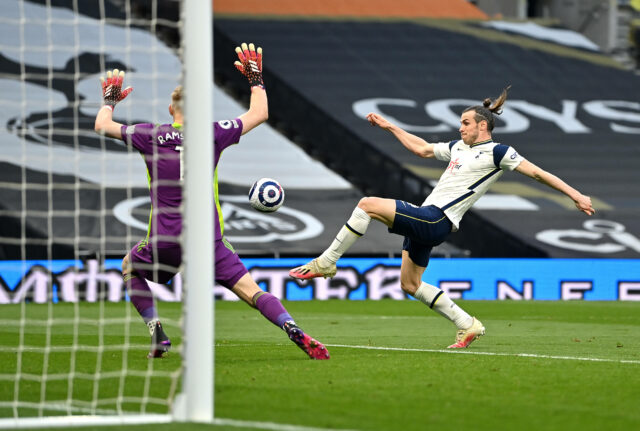 Bale scored a hat-trick on Sunday as Tottenham Hotspur thumped Sheffield United 4-0 in the Premier League.

Mason, who has now picked up two wins out of two in the league, hailed Bale’s impact after the match.

Spurs moved to fifth in the league with the win after protests at Old Trafford prevented the clash between Manchester United and Liverpool from going ahead.

Bale opened the scoring in the first half with a neat dink over Aaron Ramsdale before adding two more after the break.

Heung-min Son scored the fourth goal of the match to earn all three points for the home side.

Bale has now scored nine goals in the Premier League and took his tally to 14 in 30 outings in all competitions.

He has also became the first Welshman after Craig Bellamy to have scored 50 goals in the Premier League. The caretaker boss was full of praise for Bale after the match.

He told BBC Sports: “When you score a hat-trick, and in crucial moments you’ll get the headlines. He’s world-class – we know that.

“Everyone who has watched football over the past 10 years knows what he can do. His finishing was outstanding. That’s a conversation for the end of the season [on if he’ll stay]. The priority and main aim now is Leeds.”

Mason was also full of praise for Dele Alli and Serge Aurier as well after the match.

Bale seems to be enjoying his football following the departure of Jose Mourinho. But can Spurs sign him again in the summer?

He is scheduled to return to Real Madrid, but if a second loan is on the table, Daniel Levy should consider the option of re-signing him.

In other news, check what Graham Roberts has said about Bale’s future.