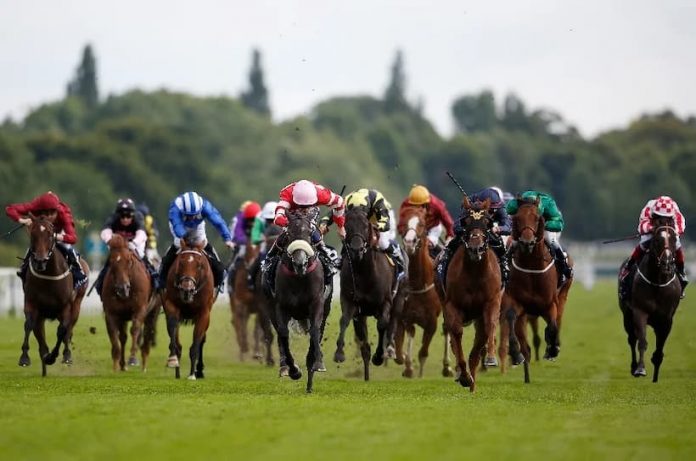 The 2022 Nunthorpe Stakes betting market was shaken up on Tuesday with the news that Twilight Calls, who was the general third favourite in the ante-post market, will miss the big York sprint on Friday 19th August. Bookmakers reacted by hardening the James Tate-trained Royal Aclaim further at the head of the Nunthorpe betting market.

Trainer Henry Candy, who won the Nunthorpe Stakes in 2002 with Kyllachy, broke the news on Tuesday that his 4 year-old sprinter, Twilight Calls, will MISS the Group One Wootton Bassett Nunthorpe Stakes at York on Friday 19th Aug after having “a few joint issues”. But his stable are hopeful their speedster will be back in action before the season is over.

Candy told the Racing Post “He’s got a few joint issues and is on the easy list at the moment, so there will be no Nunthorpe,” said Candy.

“He was fine up until just before Goodwood and then he started to get a little bit pottery. It’s nothing a bit of rest won’t cure but he’s just off games at the moment. It’s his fetlocks.”

Twilight Calls had recently been a close second in the Temple Stakes at Haydock in May and more recently finished with a fine silver medal in the King’s Stand Stakes at Royal Ascot. He’d been the third favourite with most bookies in the 2022 Nunthorpe Stakes ante-post market, so with the news of his scratching it’s no shock to see the market leader – Royal Aclaim – firm up with the layers.

DID YOU KNOW?: 7 of the last 11 Nunthorpe Stakes winners were fillies/mares

What Date Is The 2022 Nunthorpe Stakes?

The Group One Nunthorpe Stakes is a Group One race 5f sprint race staged at the York Ebor Festival in August.

Fresh from the news that Twilight Calls will miss the Nunthorpe – James Tate, the handler of the clear favourite Royal Aclaim, has told the racing media that everything is on track for York and that his star filly heads to the race with a “favourites chance”.

It’s also a big plus that the Nunthorpe Stakes has been won by a filly of a mare in 7 of the last 11 runnings.

Leading bookmaker – BetUK, who new players can get a £60 free bet with at the moment – have reacted by shortening ROYAL ACLAIM into 2/1.
(You can see the latest 2022 Nunthorpe Stakes betting below)

James Tate told the Racing Post “The Nunthorpe has been the plan since she won the City Walls and, to be frank, we’ve just been counting down the days. She had an easy few days afterwards and she’s been in full work for quite a while now”

“She’ll do a little bit of strong work this week and then we’ll ease off her in the last few days before the big race. Everything has gone very well so far.”

“She was by far the lowest rated in that Listed race she won and she’s unbeaten,” he added.

“We’ve had a good few sprinters in our time – Far Above winning the Palace House, Invincible Army was a Duke of York winner and Group-1 placed – and we think she’s pretty smart. I would like to think she goes to the Nunthorpe with a favourite’s chance.”

Next in the betting for the Nunthorpe is The Platinum Queen, who is trained by Richard Fahey, and was last seen romping away with a Conditions Stakes race at Glorious Goodwood last month. She’s another filly in the race so ticks this stat and being a 2 year-old will also get a handy weight allowance. Connections still, however, need to stump-up the £40,000 supplement fee to enter her.

Trainer Aidan O’Brien has also ruled out his recent Phoenix Stakes winner Little Big Bear, who had been touted as a possible Nunthorpe runner. But connections are now opting to send the 2023 Newmarket 2000 Guineas favourite to the Goffs Vincent O’Brien National Stakes at the Curragh on Sept 11th.

Highfield Princess could be yet another star filly to head for the Nunthorpe. She was in Group One winning form only last Sunday at Deauville when landing the Prix Maurice de Gheest, so it remains to be seen if the Nunthorpe will come too quick off the back of that race.

We take a look those at the head of the 2022 Nunthorpe Betting market and how Twilight Calls missing the race has impacted the odds.

All odds correct as of 16:38 BST on Tues 9 Aug and subject to change

Claim Offer
Learn More Close Learn More
18+ BeGambleAware.org, T&Cs apply. New customers on mobile only. 7 days to claim and stake £10 minimum bet at odds of 1.5 or greater to qualify. Free, void, cashed out or partially cashed out bets do not qualify. Max 3x £10 free bets credited on bet settlement. Free bets must be used on 4 or more selections with selection odds of 1.3 or greater. Free bets are non-withdrawable and stake not returned with winnings. 7 day expiry.
£10

Already Have Accounts With Our Featured Bookies? Here Are 10 Up-and-Coming Bookmakers With Cracking Free Bets

See below our select list of some of the best horse racing betting sites – but totally trusted bookmakers, that will also have prices ahead of today’s horse racing. Plus, best of all, they ALL also have ‘must-see’ free bet sign-up offers to take advantage of and by joining this will give you a wider range of bookmakers so you can get the best value when placing your horse racing bets.