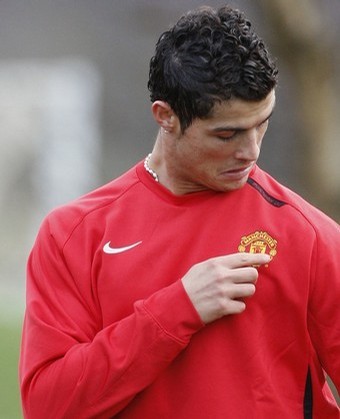 Cristiano Ronaldo is “warm to the idea of returning to Manchester United”, writes Daniel Taylor of the Guardian.

With four years left on his contract at Real Madrid and playing for the freescoring 2014 UEFA Champions League winners, United fans are still hopeful their club can pull off a sensational return for the 2013 FIFA Ballon d’Or winner.

To cite Daniel Taylor, Manchester United have been “receiving positive vibes, on and off, for the best part of 18 months” regarding a return of the 29-year old Portuguese star.

The Red Devils spent more than £150 million over the summer on new players but there are suggestions that the money to buy Ronaldo is available. Other sources have suggested it would cost United around £60 million plus £400,000-a-week to bring him back.

Manchester United already have Robin van Persie, Radamel Falcao, Wayne Rooney, Ángel Di María and Juan Mata in attack. Creating room for Ronaldo would surely require the departure of one of these players. Or not taking up the option to sign Falcao on a permanent basis at the end of the season.

Cristiano Ronaldo is currently chasing down Raúl’s record of 323 goals as Real Madrid’s all-time leading goalscorer. The Portuguese international is currently 24 behind. With his goalscoring record of previous seasons, that can be achieved by the end of this season.

In February, Ronaldo turns 30. Whilst Madrid would be seen foolish to sell one of the top two players in world football, the deal represents some sort of value given his age.

Could Real Madrid realistically compete with Barcelona for La Liga without Ronaldo? Would they be able to win the Champions League again anytime soon without him?

One major obstacle for Manchester United is that they have no Champions League football this season. Finishing in the top four to ensure it in 2015-16 is an absolute must if they’re to realistically have a chance of bringing back one of the world’s greatest ever footballers.