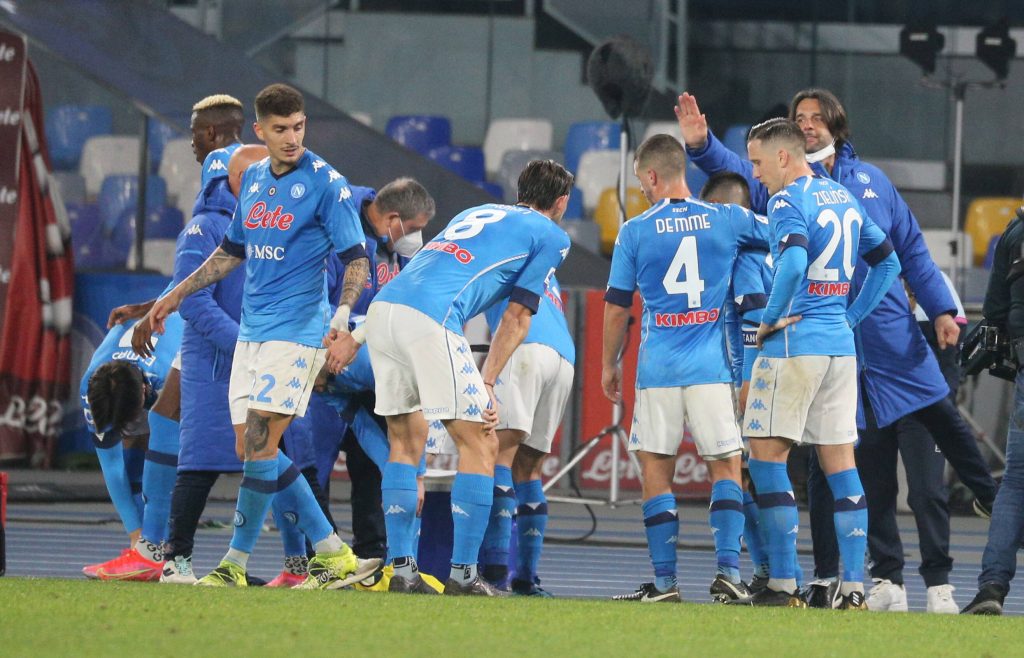 Roma and Napoli will square off at the Stadio Olimpico in a massive Serie A European six-pointer on Sunday.

The sides are level on points in the Serie A table ahead of the kick-off and only two short of fourth-placed Atalanta.

Victory will be a priority for both teams, with Napoli looking to grab a top-flight double over Roma for the first time since 2010/11.

The Giallorossi have been too hot to handle at home this season, having suffered just one defeat in 14 Serie A matches at the Olimpico (W10, D3), courtesy of a 2-1 loss to AC Milan on Matchday 24.

Quick out of the blocks, Paulo Fonseca’s men have opened the scoring in the league-highest 78.57% of their Serie A home fixtures this season, finding the division-high 19 first-half strikes in the process.

Only Atalanta (38) and Inter Milan (36) have netted more goals in home Serie A games than Roma (33) this season, with the capital heavyweights scoring two or more in ten of their 14 such encounters.

Against this backdrop, they have failed to score more than once in four of their last five top-flight meetings with Napoli.

Worryingly, the hosts have lost four of their last ten outings in Serie A (W5, D1), as many reverses as they had in the previous 26 in the competition.

Napoli have put together four Serie A matches without losing (W3, D1) since going down to Atalanta 4-2 on Matchday 23, coming to within two points from fourth-placed La Dea in the process.

The Partenopei have been a fun team to watch lately, as three of their last five Serie A fixtures have seen over 3.5 goals and both teams on the scoresheet, with each such game producing 2+ second-half goals.

A narrow 1-0 success at AC Milan last time out gave Napoli a first away league victory in five matches (D1, L3), seeing them keep a clean sheet in a road Serie A encounter for the first time since 6 December 2020.

Before shutting out the Rossoneri, Gennaro Gattuso’s side have let in over 1.5 goals in four Serie A trips in a row, conceding 12 combined across that spread of games.

Napoli’s cautious entries have seen them concede just twice inside the first 15 minutes of play across 26 top-flight outings this season.