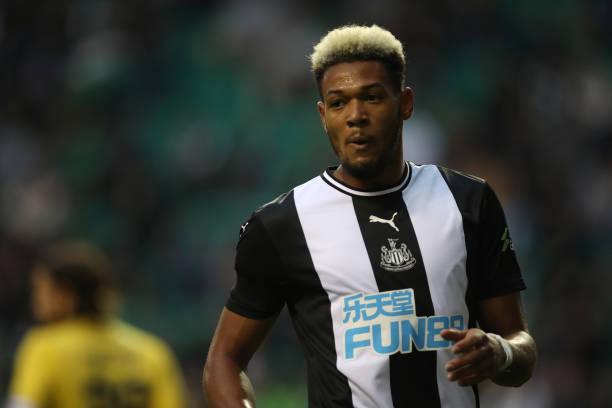 Newcastle United visit Anfield tomorrow to face Champions League winners Liverpool, and unsurprisingly, many are expecting the hosts to stroll to a comfortable win.

After shocking Tottenham Hotspur away from home two weeks ago, Steve Bruce men will fancy their chances – however slim they are – of leaving Merseyside with at least a point.

Brazilian striker Joelinton scored the only goal as Newcastle shocked Spurs, and he will be keen to prove himself against a side like Liverpool.

The Magpies club-record signing will come up against the best centre-back in the league in Virgil van Dijk, and an interesting individual battle should be anticipated.

Reds striker Roberto Firmino believes the 23-year-old can be a success in the English top-flight, but he isn’t wishing him luck for Saturday’s clash.

“I hope he also succeeds in England and continues to evolve in his career,” Firmino told Globo Esporte.

“It’s always good to be able to face Brazilian players here in Europe. It’s nice to see so many being successful. Joelinton is one of them. Like me, he left Brazil early and went to Hoffenheim.

“And now he’s here playing the Premier League. For his style of play, he has everything to make it work. But don’t come and have fun on Saturday(laughs).”

Anfield has turned to a fortress, and with Jurgen Klopp’s men unbeaten in their last 42 league games, Newcastle will have to be on top of their game to have a chance of causing an upset.

They have won all four of their league games this term, currently topping the table, and the Toons have a big task in front of them.

Can Joelinton prove himself against one of the best defences in the league?

Helping Newcastle to a result will surely gladden the hearts of the fans and catch the eyes of the Brazil national team selectors.