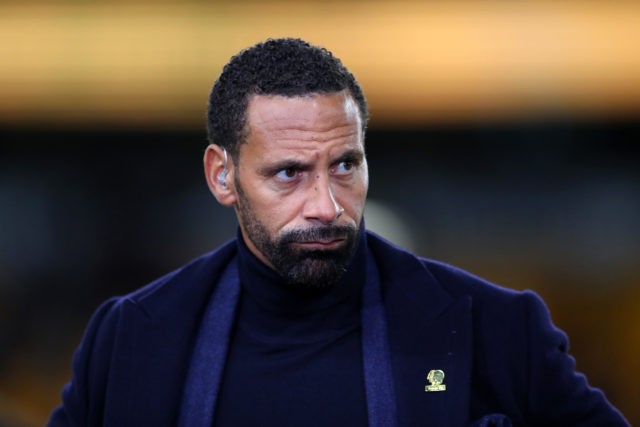 Rio Ferdinand has told Newcastle United that they should sign young English players in January rather than targeting top players from abroad.

The famous television pundit believes that the Magpies should try to sign the likes of Jesse Lingard, Raheem Sterling and Declan Rice in the next transfer window.

The Tyneside club saw a £300 million takeover by a Saudi-led consortium last week, which means they now have the wealthiest owners in the Premier League.

They are expected to make some big signings in January, after having a largely uneventful summer transfer window.

The new owners want the club to challenge for trophies and they are expected to hire a new manager in the coming weeks, with Steve Bruce likely to be dismissed soon.

According to Ferdinand, Newcastle should target young English players instead of signing quality players from abroad.

He told his YouTube show Vibe with Five (via the Daily Mail):

‘I’d be going to try and make like a mad couple of signings, like huge, that I think would be gettable.

‘Them two would be the first two on my list, and I’d go all out to go and get them. And then I’d be trying to get people like Jesse Lingard, who’s in and around the Man United squad.’

‘It’s unrealistic until you ask the question. I’d be going out there to get answers from these types of players and then you work your way down your list.’

It’s been a very long time since Newcastle United lifted a trophy.

They were also most recently relegated from the top-flight in 2016 but immediately earned promotion as Championship winners in 2017.

Now they have the opportunity to challenge for big trophies as they can afford to bring in some top quality players.

Lingard, Sterling and Rice are all enormously talented players and they should try to sign them in the next transfer window.