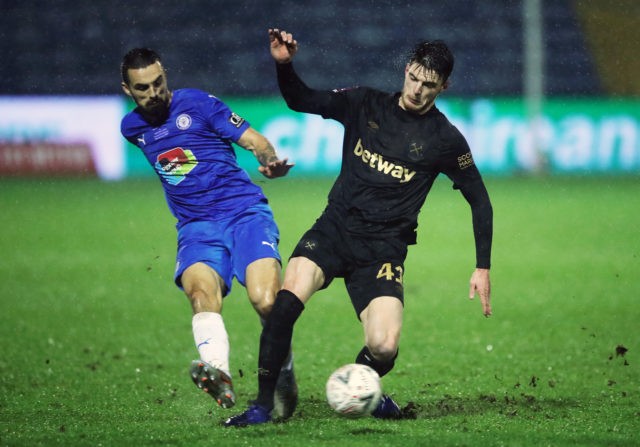 The 21-year-old central defensive midfielder has been outstanding for the Hammers this season. He has made 17 starts in the Premier League for David Moyes’ side and earned rave reviews from fans and football pundits.

The England international is arguably one of the best holding midfielders in the league and his future has been a major talking point for a while now.

Ferdinand claims that it’s inevitable that Rice will leave the Hammers at some point in his career, but he doesn’t expect the youngster to leave this month.

“Listen, I spoke to him, not necessarily about the transfer. He is a driven kid. He wants to achieve. He wants to better himself. It’s inevitable that he’s going to go. But I think he’ll go in the summer.”

Rice has been heavily linked with a move to Chelsea. There has been interest from United as well, but The Mirror reported at the weekend that Rice prefers a move to the Blues.

West Ham value the midfielder at £80 million, and it is highly unlikely that any potential suitor would be willing to pay that amount for him this month.

Rice is loved by the fans, and it would be a massive blow for the club when he leaves. Ferdinand is spot on that Rice doesn’t seem to be the kind of guy who will agitate for a move, rather it’s up to the club to decide.

The young midfielder would love to test himself at a bigger club, and West Ham won’t stand in his way if they get the right amount for him.