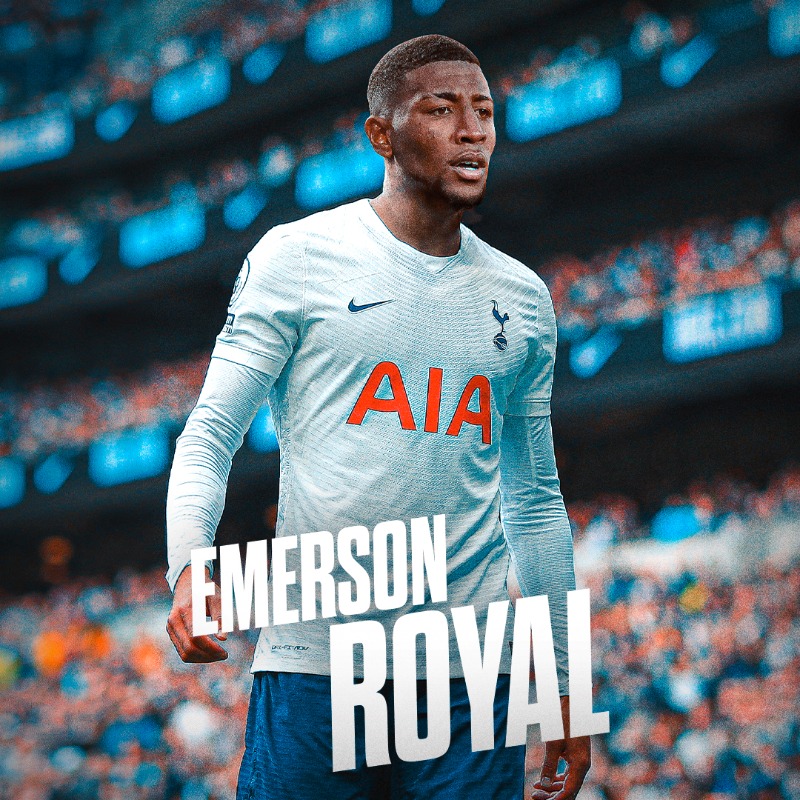 Tottenham Hotspur have confirmed the signing of Brazil defender Emerson Royal from Barcelona for £25.8 million on a five-year contract.

The north London club submitted a revised offer and secured his signature.

The 22-year-old has spent the past two seasons with Real Betis, scoring five goals in 79 appearances.

He was very impressive last season and would be a cracking signing for the club.

Emerson took to Instagram to share his reaction after securing the move. He wrote: ‘Wonderful to be with you! Here we go! #comeonyouSpurs‘.

Everton forward Richarlison welcomed him to the Premier League by responding to his post. He wrote – ‘Boa sorte fei’, which roughly translates to ‘good luck’.

Emerson, who joined Barcelona from Brazilian club Atletico Mineiro in 2019, featured at Copa America for Brazil this summer.

According to BBC Sport, Tottenham are still actively looking to offload Aurier in the late hours of the transfer window.

If the Ivorian moves on, Royal will compete for the right-back slot at Spurs with Japhet Tanganga and Matt Doherty.

He has become the fifth signing for Spurs following the arrivals of Cristian Romero, Bryan Gil, Pierluigi Gollini and Pape Matar Sarr.

Read: Everton are close to securing the signature of Salomon Rondon.