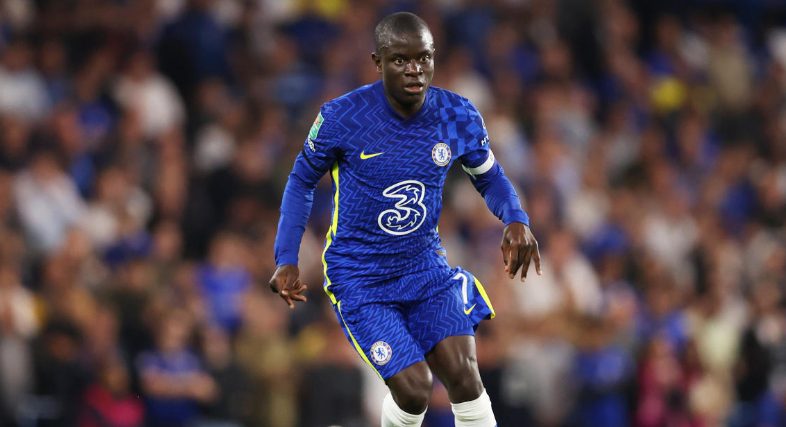 Le Parisien claims that PSG tried to sign N’Golo Kante during the January transfer window but were turned down.

With the future of N’Golo Kante up in the air, it was always natural that clubs would have been lurking around.

Sporting director of PSG, Leonardo tried to steal N’Golo Kante from Chelsea during the last winter transfer window, without success.

As with every transfer period, Paris Saint-Germain always try to strengthen their ranks. The midfielder has been one of PSG’s priority projects for several seasons. During the last transfer window, an arrival of Tanguy Ndombele in Paris was notably in the pipeline.

But in the end, the Tottenham midfielder returned to Lyon where he was loaned out with an option to buy outright. In addition to this track, Le Parisien reveals that the Ile-de-France club was exploring another player in London.

The Ile-de-France newspaper indicates that Leonardo tried to sign N’Golo Kante. But the Frenchman, who has just celebrated his 31st birthday, rejected the advances of the Parisian giants.

According to the regional newspaper, Paris Saint-Germain thought they had an opening for N’Golo Kante given his contractual situation. His contract has not (yet) been renewed, so he only has one year left on his contract with Chelsea at the end of this season. With the current situation of the club and the imminent arrival of a new owner, there is a bit of vagueness surrounding his future.

However, PSG’s interest in Kante isn’t new. The capital club already tried to recruit him twice in the past, in 2016 and 2018.

However, Kante is not really thinking about a return to France. The midfielder is happy in England and sees himself continuing his career in the Premier League.

Rejected by the former Leicester man, Leonardo embarked on a quest for another tricolor world champion. The Parisian sporting director wants to secure Paul Pogba’s signature this summer. “La Pioche” is at the end of his contract at Manchester United.