Big things are expected of Manchester United this season. With Dutchman Louis van Gaal at the helm, fans will be confident that the memories of last season’s appalling league season will quickly be forgotten, with a return to past glory days certainly on the cards. The new hope comes with a brand new kit, with car manufacturer Chevrolet now emblazoned across the front of the famous red kit, becoming the fifth main shirt sponsor in the club’s history. Despite the continued evolution of the kits in the modern day, retro Manchester United shirts remain in high demand, with fans the world over always eager to pay tribute to past glory days.

With European Cups, endless League triumphs, and records consistently smashed; Manchester United have always set the standard, and their legend will never be forgotten. Check out five of the best classic Manchester United shirts below, all of which are available at CampoRetro.com: 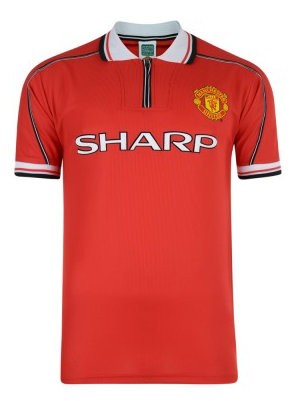 It doesn’t get any better than this. A monumental achievement by Alex Ferguson’s youngsters – a feat that earned the Scot a knighthood – defeating Bayern Munich in the Champions League final in the dying moments, completing an historic treble for the club. A classic Manchester United shirt like no other. 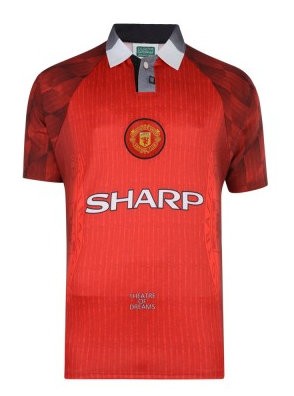 The departure of Eric Cantona saw Ferguson bring in Teddy Sheringham as a direct replacement for the Frenchman (with the Englishman’s most telling contribution to come at the Nou Camp one season later), and while United endured their first trophyless season since 1994/95, this was a stepping stone season, with Cole and the aforementioned Sheringham getting bedded in, and a certain David Beckham first trotting out in the no.7 shirt. 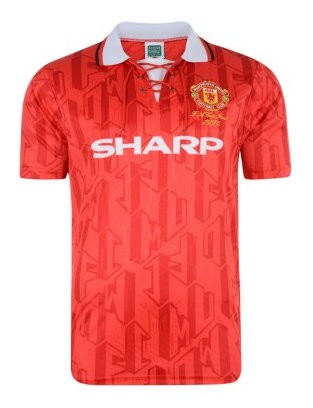 Comfortably dismantling Chelsea 4-0 in the FA Cup final at Wembley, with Cantona grabbing a brace, United completed their first ever domestic double, having pipped Blackburn to the English title.

Top off this kit with ‘Cantona, 7’ and make this the perfect, retro Manchester United shirt! 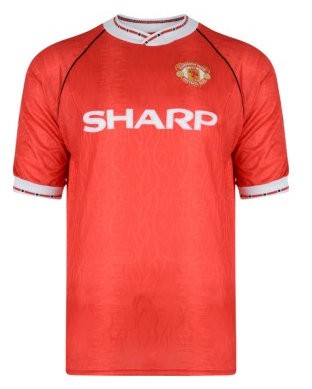 While it was not a year of domestic silverware at the club, finishing sixth in the first division and exiting the FA Cup at the fifth round, United won the European Cup Winners’ Cup, beating Barcelona 2-1 in Rotterdam thanks to a Mark Hughes brace.

A certain 17-year-old made his first appearances this season too, with Ryan Giggs starting his long journey towards Premier League eternity. 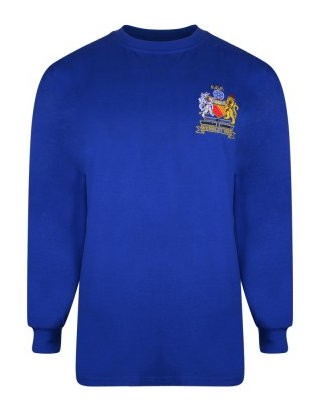 A real blast from the past, this one, with Manchester United becoming the first English side to win the European Cup, beating Portuguese side 4-1, achieved wearing this unfamiliar blue strip! If you’re looking for a classic Manchester United shirt, it doesn’t get any more retro than this!