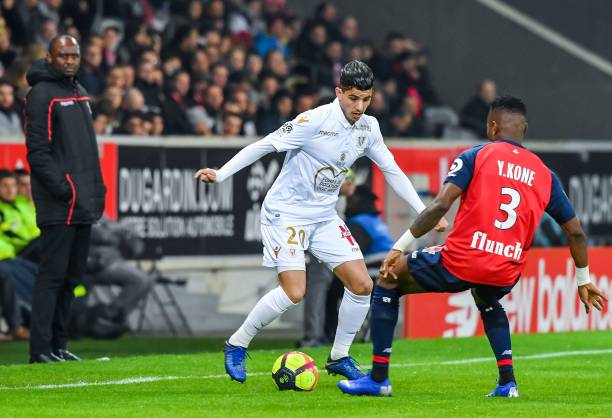 Paris Saint-Germain youngster Stanley Nsoki was also on the Magpies but a move didn’t materialize as they couldn’t agree personal terms with him despite already agreeing a £10 million transfer fee with the French giants.

While Newcastle weren’t keen to meet the demands of the 19-year-old, it seems they were willing to meet those of Lyon left-back Youssouf Kone.

The 24-year-old left Lille this summer, and has recently revealed that he could have moved to Saint James’ Park instead had he only considered the financial side.

“I followed Ligue 1 from Mali and Lyon was a team that always played well,” Kone said.

“If I was looking at the financial side, I would have gone to Newcastle, but I chose the sporting project.”

The Mali international joined Lyon for £8 million and will be looking to impress and seal a huge move soon.

While Newcastle missed out on Kone and N’Soki, Willems looks to have hit the ground running at SJP, and his versatility will definitely come handy going forward.

The 25-year-old is set to fill in for the injured Matt Ritchie in Bruce’s line-up, and has already shown huge potential in the three games he has played so far, registering an assist.

Newcastle will never know how Kone would have turned out for them, but Willems is already proving to be a hit, and it’s safe to say a permanent move could be on the cards at the end of the season.