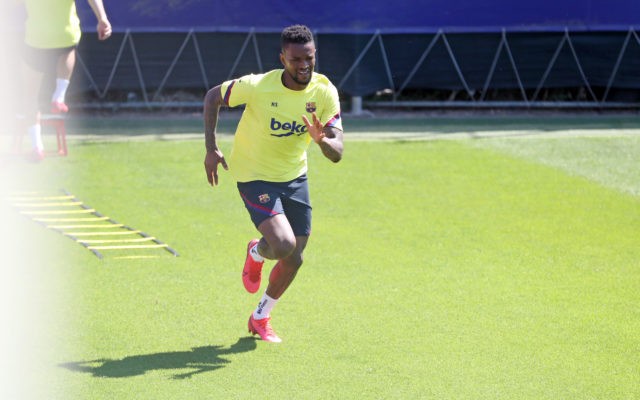 According to Mundo Deportivo (via Sport Witness), Wolverhampton Wanderers are keen on Barcelona right-back Nelson Semedo as they look to bring in a replacement for Matt Doherty.

The Republic of Ireland international joined Tottenham Hotspur last month after 10 years at the Molineux Stadium, and manager Nuno Espirito Santo reckons Semedo could be perfect to fill the spot he left behind.

Wolves are now attempting to get a deal done for the Portuguese international, and they have recruited the services of super agent Jorge Mendes to help get a move over the line.

Barcelona want around £37 million for the 26-year-old, and if Wolves are ready to break their transfer record for a right-back remains to be seen.

Semedo has played 124 games for the Spanish giants since arriving from Benfica in the summer of 2017, helping them win back-to-back La Liga titles in his first two seasons at Camp Nou.

The Portuguese brings speed, ball control, dribbling and excellent passing range to the table, and he will no doubt be a good addition to the Wolves squad.

The club already boast of a core Portuguese contingent and the Barcelona will very much feel at home should he seal a move.

However, it doesn’t appear that Barca are keen to let one of their key players leave despite their need for a shake-up, and Wolves might have to look elsewhere for the right-back they need.